Founded in 1902 and headquartered near Baltimore, Maryland, the AUA is a leading advocate for the specialty of urology with more than 20,000 members worldwide. To learn more about the history of the AUA and its impact on the urologic community, take a look at the timeline below.

A group of New York surgeons with special interest in the genitourinary system organized themselves as the New York Genito-Urinary Society.

February 22, eight members of the New York Genito-Urinary Society meet for dinner in the home of Dr. Ramon Guiteras and vote to disband the society and officially form the American Urological Association.

AUA membership spans across the United States to include physicians from New York to the West Coast. 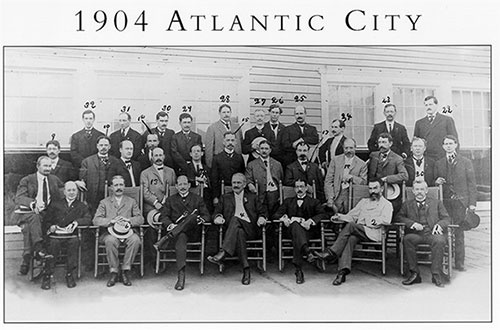 Dr. Hugh Hampton Young introduces The Journal of Urology® to the urologic community.

Clause eliminating requirement for AUA members to also be members of a branch society reinstated.

New Brunswick, Newfoundland, Nova Scotia, Prince Edward Island and Quebec become members of the Central Section. The Central Section was changed to the Northeastern Section as we know it today.

Mr. William P. Didusch, the Association's director of conventions and art editor for the Journal of Urology®, is hired as the first AUA executive secretary.

AUA officially settles in rented space at 1120 North Charles Street, Baltimore, MD from the Hugh Young estate and transfers all existing official records (except for financial records) from Dr. Shivers' office in Atlantic City, NJ to the new Baltimore office. 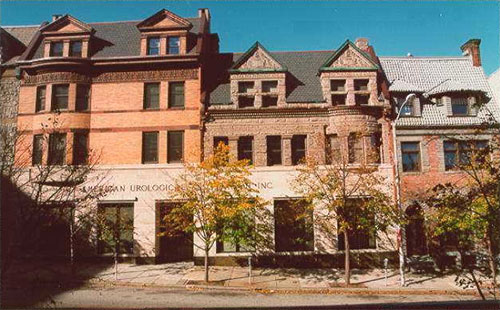 The AUA is formally incorporated as a 501(c)(3) not-for-profit entity in the State of Missouri.

Each of the eight AUA Sections are incorporated as separate corporations in the State of Missouri.

Peggy L. Dienst is hired as the assistant for Journal of Urology® operations.

The AUA Executive Committee authorizes the hiring of personnel to support the AUAs growth in membership and workload. It also authorizes the leasing of additional space at the Baltimore, MD home office.

AUA full-time staff increases to six with the addition of Deborah F. Polly who was hired to assist with The Journal of Urology® editorial operations.

The AUA Office of Education begins operation from Aspen, Colorado under the direction of Dr. Russell Scott, Jr.

The AUA is reincorporated in the state of Maryland.

The AUA Office of Education relocates to Houston, TX.

The American Foundation for Urologic Disease (AFUD) is founded.

AUA purchases 9.85 acres of land near the Baltimore/Washington International Airport, with the plan to build a new headquarters facility.

AUA establishes a second incorporated Section 501(c)(6) entity to run parallel to the existing 501 (c)(3) organization. This entity houses the Health Policy, Practice Management and Membership functions while the C-3 remains focused on Education and Research.

The AUA consolidates its Office of Education with the Baltimore office and moves into its new headquarters facility located in Linthicum, MD. 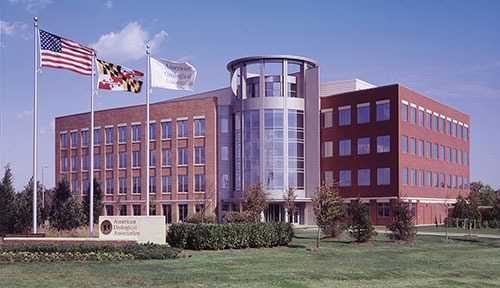 AUA employment has grown from 105 positions at the time of the move to new HQ in October 2003 to 165 staff members today.