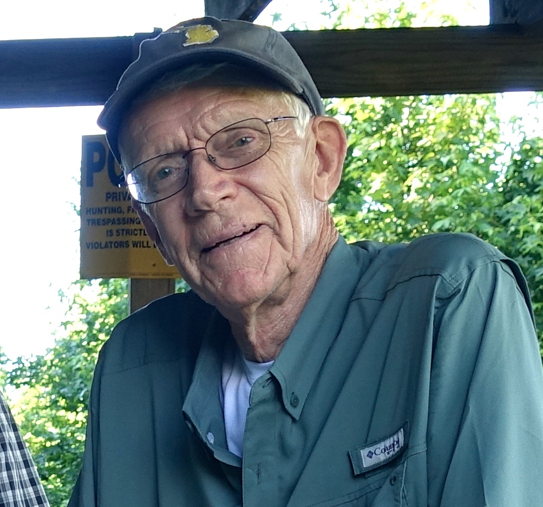 Dr. Cox on his ranch in Hernando, Mississippi, 2017

As a resident in the 1970s at UCLA, reading the urology literature I became familiar with the name Clair Edward Cox, II, who published interesting and good papers from Bowman Gray School of Medicine (now Wake Forest Medical School) and later the University of Tennessee in Memphis. Little did I know we would become friends during my time in Ann Arbor, where the University of Michigan connected us. I’m sad to report that Clair passed away a few weeks ago.

Clair was born on September 3, 1933 in St. Francisville, IL, and grew up in Mt. Pleasant, MI, excelling in studies and sports. With a Regents Alumni Scholarship, he completed three years of undergraduate studies at the University of Michigan and then entered the Medical School. In his sophomore year, he met junior nursing student Clarice Adele Wicks and they married in 1958 when Clair graduated with an M.D.

The Class of 1958 was a remarkable class in a remarkable time, entering postgraduate medical education in a new era of specialty practice, massive research funding, and a high point of academic medicine. At Michigan, this was nearly the end of Furstenberg’s long tenure as dean, from 1935 to 1959, when the dean practiced medicine at nearly a fulltime clip whilst tending to the medical school administration. Frederick Coller retired as chief of surgery in 1957 and his friend Reed Nesbit, head of urology, was nearing the peak of his career and bringing TURP to the mainstream of urology. Both men inspired Clair as a medical student and Nesbit, particularly, became a resource as Clair ascended the professional hierarchy.

Clair and Clarice moved to Denver for surgical training at the University of Colorado, anticipating a path to thoracic surgery, but urology gained the upper hand in his interest and the couple continued west to San Francisco for residency training that he completed in 1963 at the University of California. The couple returned east across the country to Winston-Salem, NC for an academic urology position at Bowman Gray where Clair advanced through the ranks to professor. In 1972, Clair was recruited to lead urology in Memphis at the University of Tennessee and held the chair position for 27 years when he stepped down, having trained 90 residents. He continued to work for another 10 years until retiring in 2009.

Clarice and Clair raised four boys who would give them 12 grandchildren. In retirement Clair enjoyed his family, their home, and the ranch in Hernando Mississippi. His last academic paper, an historical investigation, entwined the stories of a fellow Memphis urologist (Thomas Moore), Graceland, Elvis Presley, and the American Urological Association. Michigan Football frequently brought Clair, Clarice, and occasionally a son and grandson back to Ann Arbor. Of Clair’s multiple university affiliations, the Michigan connection was the strongest, as evident to visitors to the lovely Cox home on Sweetbriar Cove where maize and blue colors and UM symbols flourished.

The Nesbit Alumni Society included UM Medical School graduates among the trainees who became urologists and Clair was pleased to be a member; after all, Nesbit was his first teacher of urology. Clair once said that while he had had the pleasure of working in five excellent medical centers, it was the University of Michigan that was always closest to his heart and running through his veins. Just as he felt the University of Michigan distinguished him as a citizen and a urologist, he distinguished it as an exceptional alumnus, educator, clinician, and scholar.