In operating rooms of the 21 st century, lithotomy is a term that denotes the patient positioning with legs elevated, that is used for many general surgical, gynecologic, and urologic surgeries. Of Greek linguistic origin, lithotomy means cutting for stone, from “lithos” stone and “tomos” cut.

Lithotomy originates from an ancient urological procedure for removing bladder stones via a perineal approach. It is alluded to in the Hippocratic oath with the line, “I will not use the knife, even upon those suffering from stones, but I will leave this to those who are trained in this craft.” 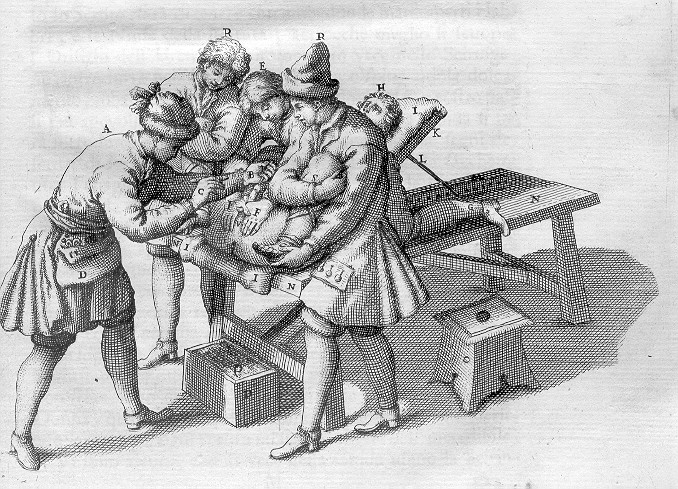 The technique of lithotomy was described as early as the first century AD in Greece by Aulus Cornelius Celsus in what was known as the “apparatus minor” due to the small amount of instruments needed. The instruments required included a knife, a hook, and forceps to remove the stone. The technique involved pushing the stone to where it was palpable at perineum, and then cutting down onto it. It was a short procedure that was often timed by bystanders, and only took a few minutes for skilled lithotomists. The knives used were wrapped with linens so that the stabbing incisions would not cut too deeply. This simplicity and speed came at a cost, as there was no regard for anatomy or dissection and the wounds were never closed. It was not used commonly for adult males due to the prostate. Many patients suffered complications such as hemorrhage, fistula, rectal and vaginal injuries, and death. Over the centuries, the technique was modified with more consideration of anatomy and more specialized instruments. 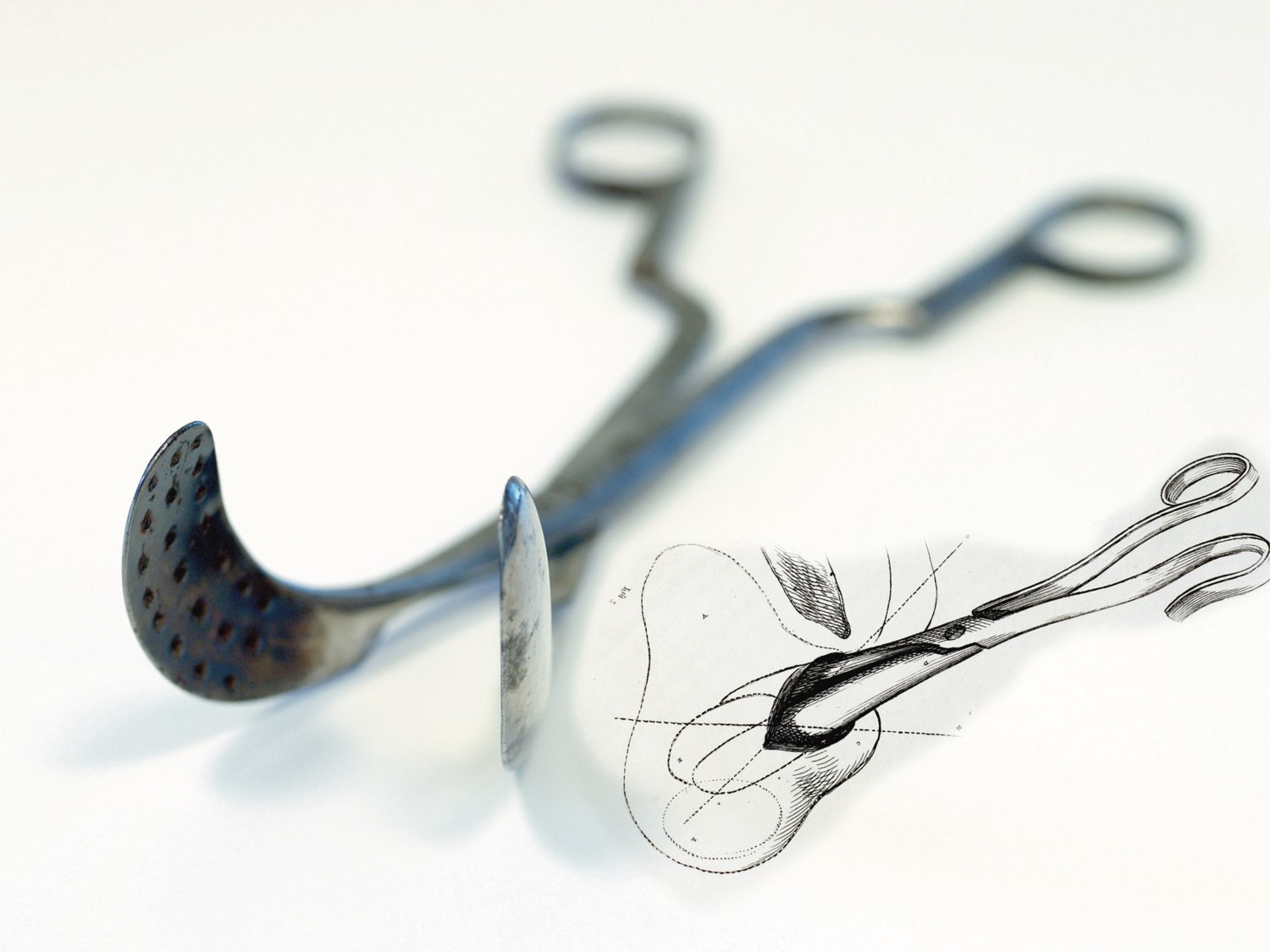 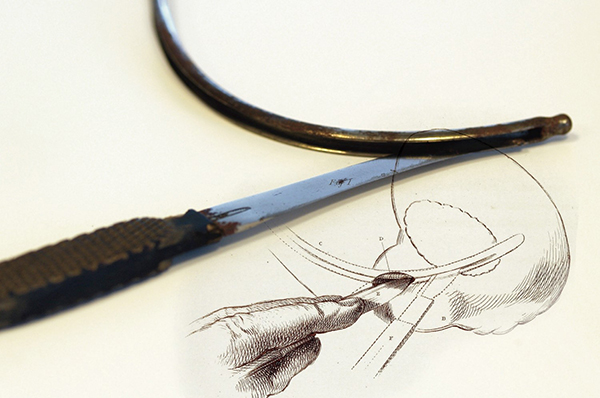 Matthew Ton-That, MD, resident at the University of New Mexico