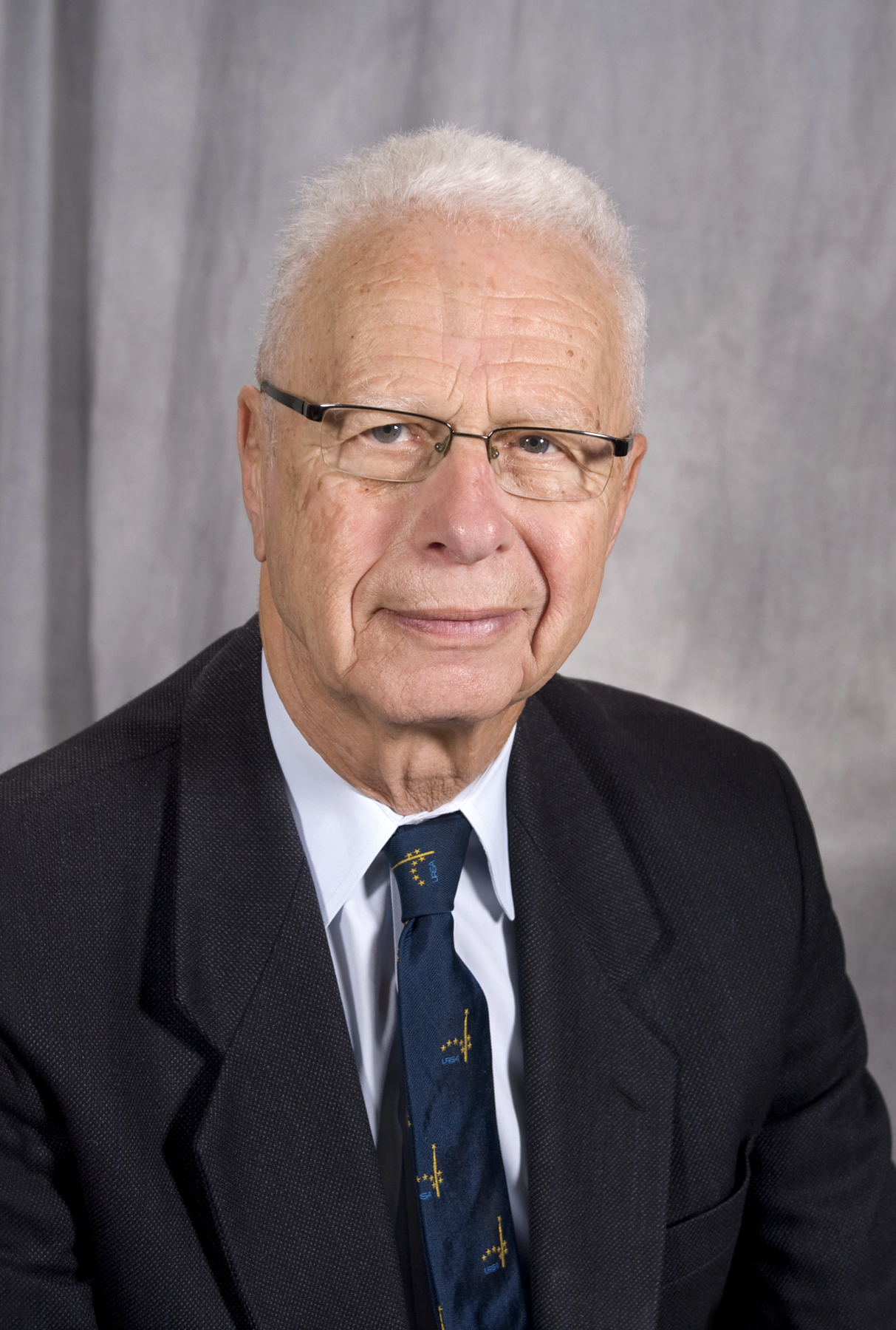 On Friday, 28 August 2020, world renowned surgeon and former Chair of the Department of Surgery at the University of Rochester, Dr. Seymour Schwartz, died at age 92. He was known by surgeons, trainees, and medical students throughout the world for the preeminent surgical textbook of surgery, Schwartz's Principles of Surgery, now in its 11th edition. A graduate of the University of Wisconsin and New York University College of Medicine, Dr Schwartz received his surgical training at the University of Rochester, where he remained for his entire career. His Curriculum Vitae is 35 pages, single spaced. He authored or co-authored more than 250 scientific articles and textbook chapters. He served as Editor-in-Chief of Contemporary Surgery from 1973 to 1996, the Year Book of Surgery from 1971 to 1992, and the Journal of the American College of Surgeons from 1996 to 2004. Dr Schwartz was President of the American College of Surgeons, the American Surgical Association, and the Society for Clinical Surgery.

What is less well known about Dr Schwartz is that he was a true polymath, and that is the Dr. Seymour Schwartz that I knew.

The Dr. Seymour Schwartz that I knew was an avid and competitive tennis player who was still working out as well as driving to his hospital office until 6 weeks before he died. The Dr Schwartz that I knew was a friend and mentor to medical students, residents, faculty, and administrative staff. He would often quote Sir William Osler about the importance of having a hobby. My discussions with him were never about surgery, but were always about our 'hobbies': the history of cartography and the history of medicine. He would discuss details about the latest history book that he was working on and comment about my own history publications. In addition to the medical and surgical organizations that he participated in, he was a member of the Board of Trustees of the Smithsonian Institution and the Geography and Map Division of the Library of Congress. He published 5 books on the cartography of North America as well as 6 additional history books.

In September 2007, the Northeastern Section of the AUA was to meet in Rochester and, as arrangements chair, I asked Sy to give the talk at the President's Banquet. Many anticipated a talk about surgery. Having grown up in Pittsburgh, only a few miles from battlefield sites from the French and Indian War, and knowing that the geographic confines of the Northeastern Section contained many of the sites of that war, I met with Sy to plan a dinner talk on the war. In 1994, Sy had published a book on that war using maps from his collection - the cartography of that conflict. I provided Sy with a list of the cities and towns of the section membership and he planned stories of each relating to various events that occurred in their hometowns during the war. At the annual President's Banquet the arrangements chair had a fund to purchase a gift for the attendees: a clock, a memento, a keepsake, whatever. I purchased 100 copies of The French and Indian War 1754-1763 The Imperial Struggle for North America by Seymour I. Schwartz. Every few days, Dr Schwartz came down to my office and signed about 10 books a day - eventually inscribing all 100 "With Personal Regards - Seymour I Schwartz - September 2007".

Once I had the list of attendees, he used many in his talk to personalize what happened in their hometowns (Quebec City, Schenectady, Pittsburgh, Kingston, etc). Every attendee received a signed copy of his book. I should add that he agreed to give this talk at the Saturday evening banquet, knowing that he was returning from Europe late that Friday night. It was a terrific talk - almost an hour - Sy remembered attendees’ names and had them stand - no notes - standing ovation. That was a Sy Schwartz commitment. That is the Seymour Schwartz that I knew. The world has lost a renowned surgeon, scholar, author, mentor, lecturer, and teacher. And I have lost a friend. 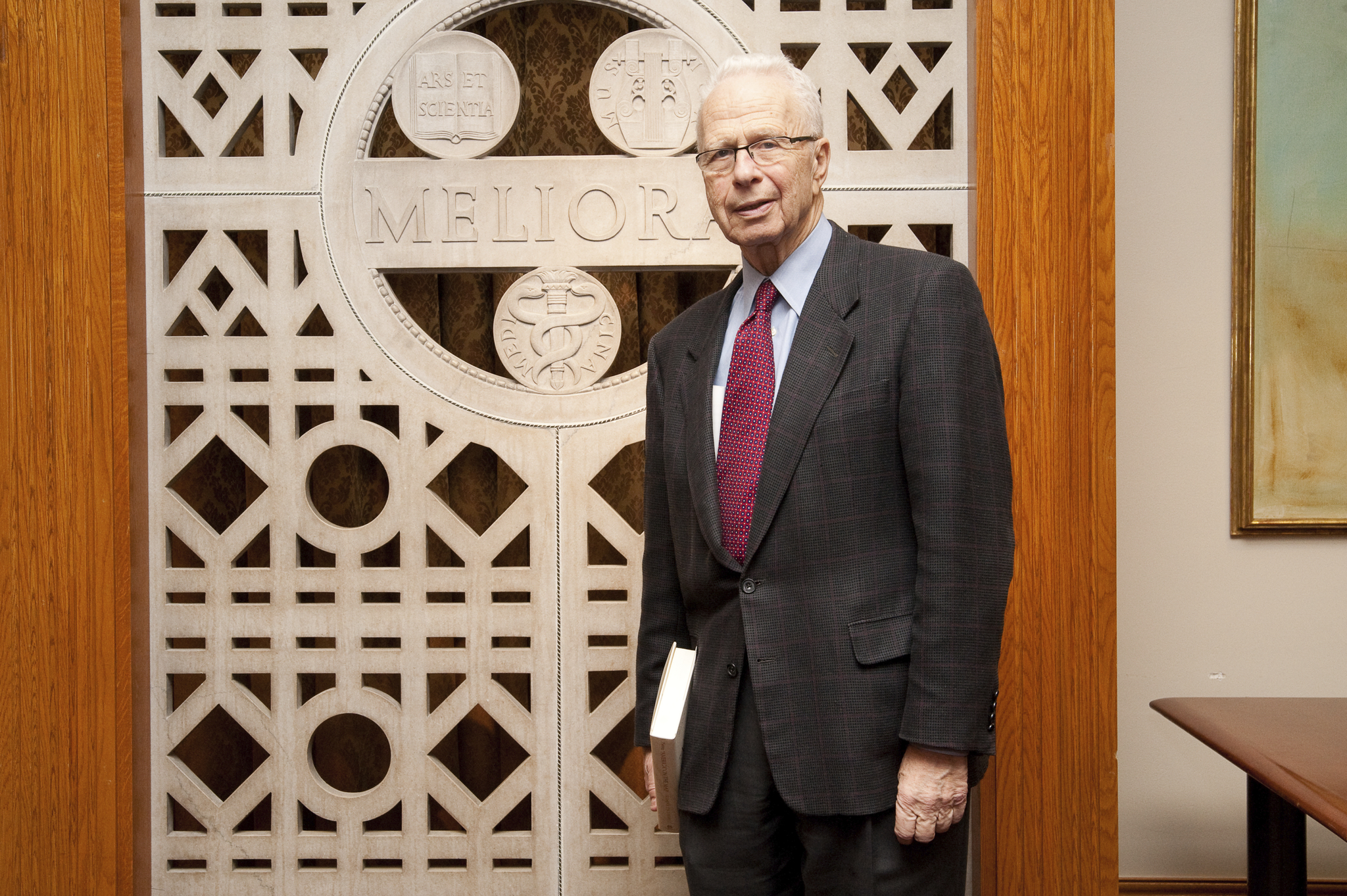 Seymour Schwartz is standing in front of the University of Rochester motto Meliora (Ever Better). He is holding his just-published book, Putting "America" on the Map. This terrific academic book is the story of the Waldseemüller world map from 1507, first to name the new continent America - after Amerigo Vespucci, who mapmaker Martin Waldseemüller believed set foot on South America before Columbus. The map was known, but missing for almost 400 years until discovered in Wolfegg Castle in Germany in 1901.

It was exhibited in 1983 at the Smithsonian and many, including Dr Schwartz, began lobbying Congress to appropriate funds to purchase the map. In 2003, the Library of Congress paid 10 million dollars for the map and exhibits it today. Dr Schwartz was a guest at the opening, and he spent the next 4 years writing the history.

Of interest, the book was just published at the time of the NSAUA meeting in Rochester and I had a slide of it in my introduction. I also used a quote that Sy often used from Sir Francis Bacon: "Reading maketh a ready man, conversation a knowing man, and writing a precise man.”