Medical illustration dates back to the 4th century BC with figures drawn on papyrus. From then, details of anatomy became more clearly exemplified in works by Leonardo da Vinci in the 15th century, followed by a textbook by Andreas Vesalius in the 16th century, and the famous Gray’s Anatomy in the mid-19th century. A paradigm shift came with Max Brödel, who pioneered anatomic illustration from the surgeon’s point of view. He did this by watching over the shoulders of legendary surgeons such as Drs. Harvey Cushing and William Halsted at the Johns Hopkins School of Medicine, where the first medical illustration department would soon be founded.

One of Brödel’s students, Ted Bloodhart, would eventually create urologic illustrations in a similar manner. This time, the legendary shoulders were Dr. Donald Skinner’s. After training at Brödel’s school, Bloodhart served in the military during World War II in the 5th Museum and Medical Art Detachment. Upon return, he worked as a freelance illustrator from his studio on the roof of the Los Angeles Good Samaritan Hospital, right above the operating rooms.

In the early 1980’s, Dr. Skinner, who at the time was also operating at Good Samaritan, found himself in need of an illustrator for the 2nd edition of his textbook, Genitourinary Cancer. 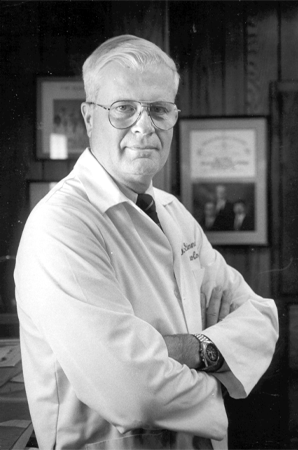 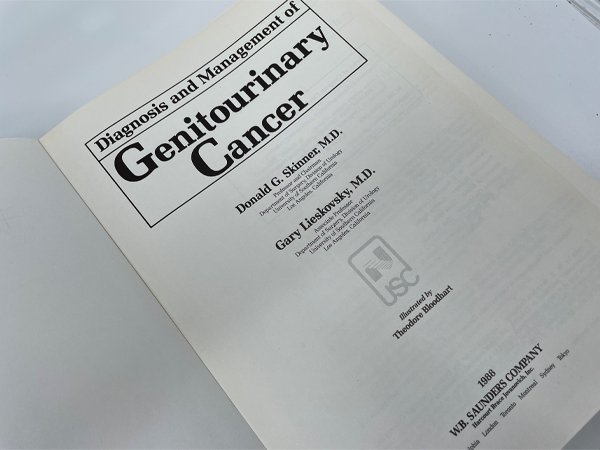 For the following year, Bloodhart observed Dr. Skinner’s surgeries and illustrated them in great detail, from retropubic radical prostatectomies to uretero-ileal anastomoses. He began with pencil drawings, which later became colorized with paint. He eventually created hundreds of stunning and accurate surgical illustrations for a number of different textbooks in cardiovascular, plastic, neurological, and gynecological surgery as well. 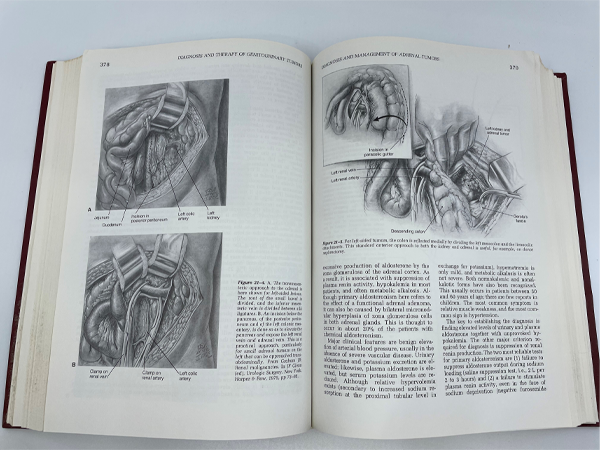 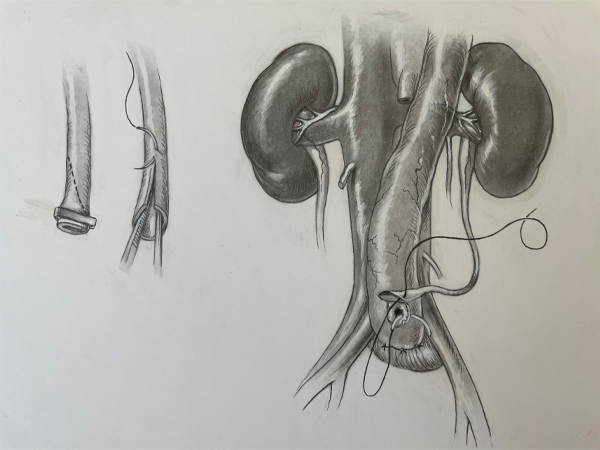 Original Bloodhart drawing passed down to the author

A catalogue of his work can still be found at the Los Angeles County Medical Association Library. 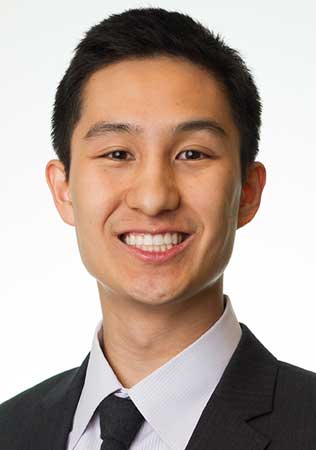