Irwin N. Frank, MD, Professor Emeritus of the University of Rochester Medical Center, President of the American Urological Association in 2001, and one of the most influential urologists in the past half century, died on October 18, 2020, in his home town of Rochester, New York, at age 93. Born on March 24, 1927, he enlisted in the Navy when he graduated from high school in 1944. Following World War II, he attended the University of Rochester on the GI Bill, graduating with Distinction in General Science and was elected to Phi Beta Kappa. He graduated with honors from the University of Rochester School of Medicine, where he was elected to Alpha Omega Alpha. His honors thesis entitled “The Cytodiagnosis of Prostate Cancer” was published in the Journal of Urology in 1952. 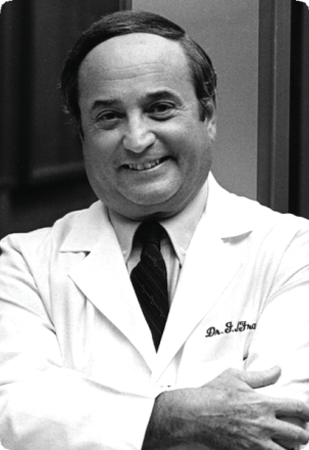 Dr. Frank completed his surgical internship and urology residency at Rochester's Strong Memorial Hospital and spent the next five decades at the University of Rochester Medical Center as a clinician and educator. In addition to being Professor of Urology, he spent time as Department Chair, Medical Director of Strong Memorial Hospital, Senior Associate Dean for clinical affairs at the School of Medicine and Dentistry, and Professor of Health Services.

Although Dr. Frank spent his entire medical career in Rochester, he was a national leader in urological and medical care. In addition to the years he spent on the executive committee of the American Urological Association, culminating in his Presidency in 2001, he was a founding member and former President of the New York State Urological Society, served as President of the Northeastern Section of the American Urological Association, and served on the executive committee of the Joint Commission on the Accreditation of Healthcare Organizations.

An outstanding teacher, he always said his greatest pleasure was educating the next generation of physicians: "My greatest achievements have been the times I spend advising and teaching medical students and residents."

Dr. Frank was pre-deceased by his wife of 63 years, Marilyn, and is survived by his 3 sons, Gary (Lisa), Steven (Robin), and Larry (Eric).

Dr. Frank was a Giant in the field of Urology and will be missed.