The History Committee of the American Urological Association, the Western Section of the AUA, and the entire AUA, are saddened to report that Martin L. Dresner, MD, passed away in his sleep in Tucson, Arizona, on December 20, 2020, at age 80. Marty loved history and was a frequent attendee at the History Booth and History Forum at national AUA meetings. In addition to his service and participation on the AUA History Committee as Western Section Historian, he was Historian for the Society of Government Services Urologists, and the Arizona Urological Society. 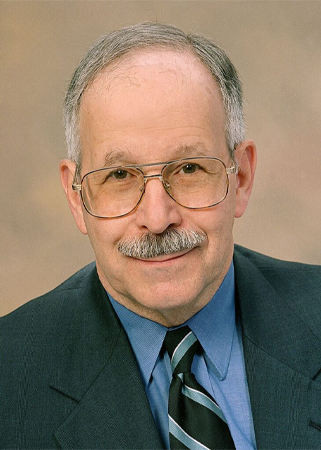 Dr. Dresner received his Bachelor’s Degree from Ursinus College in 1961 and his MD from Jefferson Medical College in 1965. Following internship at Abington Memorial Hospital in Pennsylvania, he was drafted into the US Army, where he served from 1966 until 1994, when he retired with the rank of Colonel, US Army Medical Corps. He served in Vietnam with the First Air Cavalry Division. Following residency in General Surgery at Martin Army Hospital at Fort Benning, Georgia, he completed a Urology residency at Letterman General Hospital in San Francisco. Dr. Dresner then completed a fellowship in pediatric urology at Children’s Memorial Hospital in Chicago, the first military urologist to do so. He practiced adult and pediatric urology. During his distinguished military career, he received the Legion of Merit, the Air Medal, Combat Medical Badge, Vietnam Service Medal, and Bronze Star among others.

Dr. Dresner loved teaching and received numerous awards from his students. Ursinus College awarded him their Lifetime Educator Award. The senior medical school class at the University of Hawaii voted him the top surgical teacher in 1994. At the University of Arizona, the urology residents voted him Best Teacher four times.

Dr. Dresner had many works published and attributed his success to dedication, hard work, love of the medical profession and excellent colleagues. He enjoyed reading the Journal of Urology and was passionate about music, jazz, and spending time with his grandchildren. If a piano was accessible on the hotel floor of the many meetings he attended, Dr. Dresner (aka Dr. Jazz) could be heard playing popular songs - to everyone’s delight.

Marty Dresner loved the AUA, his Western Section, his career, his colleagues, and his students. He served organized medicine and urology in multiple capacities, including the Board of Governors of the American College of Surgeons, the Judicial and Ethics Committee and the History Committee of the American Urological Association, and Arrangements Chair, Historian, and President of the Western Section of the AUA (2004). In 2015 he received the Presidential Citation from the AUA. Dr. Dresner’s more than five decades career of service, education, and clinical care will be missed by his colleagues. 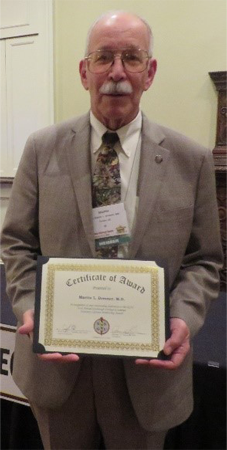 Dr. Dresner with his Lifetime Membership Award from the Society of Government Service Urologists, San Antonio, 2016.