The AUA recently learned that Dr. Leonard Zinman of Lahey Clinic Medical Center passed away this past weekend. Our thoughts go out to his family, friends and many colleagues. The prestigious AUA Lifetime Achievement Award was presented to Dr. Zinman in 2015 for a lifetime commitment to urological education and innovative development of reconstructive urethral and renovascular surgery. Dr. Zinman’s colleague of 30 years, Dr. Karim Hamawy (New England Section Historian), wrote, “He was a giant in urethral reconstruction and an even larger gentleman surgeon.” 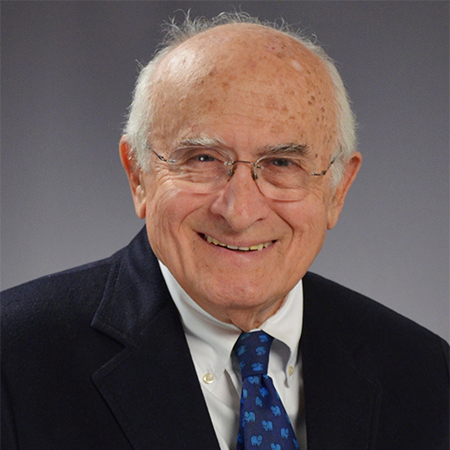 In his own words, Dr. Zinman’s review of the highlights of his career:

Following my graduation from the Tufts University School of Medicine, I chose to follow a surgical career, strongly influenced by Dr. Charles Child, a very charismatic role model academic. With his guidance I divided my surgical training between University of California San Francisco, the Tufts University surgical division at The Boston Veterans Hospital and the Massachusetts General Hospital where I was again influenced by Dr. Wyland Leadbetter and W. Hardy Hendren to consider post graduate training in genitourinary reconstruction in 1964. Since training in this discipline was not available in the U.S. and had not been recognized as a defined specialty, I chose to train in the U.K.

After a Fellowship in London with Mr. Richard Turner-Warwick and Mr. David Innes Williams at the Institute of Urology and the great Ormond Street Hospital for Sick Children, I returned to Boston to begin my career on the staff of the Lahey Clinic in the department of urology under the guidance of Dr. Joseph Dowd. The subspecialty of urologic reconstruction was an undeveloped discipline in need of a National Society and an academic structure. In 1987, Charles Devine, Charles Horton, Gerald Jordan and I founded the society of genitourinary reconstruction as an interdisciplinary group to include pediatric urologic and plastic surgical members. I coedited the first textbook in the specialty with Dr. John Libertino and became president of the GURS in 1992.

I assumed the chairmanship of the department of urology at the Lahey Clinic from 1986 to 1993 and subsequently continued to devote my clinical and research efforts in the genitourinary reconstructive section of our urologic institute. Our major contributions over the past three decades have been the development of techniques to repair radiation injuries, male genital cancer, integrated use of axial muscle and myocutaneous flaps with oral mucosal onlay grafts in long segment high risk structures, the adjunct of antiproliferactive antifibrotic injectable agents and the use of alternative grafts. One of the truly exciting highlights however of my career was the election as an Honorary member to the Royal College of Surgeons, England.