AUA Summit - Out of the Pelvis and Into the Kitchen: A History of the Bladder’s Culinary Uses

Out of the Pelvis and Into the Kitchen: A History of the Bladder’s Culinary Uses

While centuries of physicians and anatomists dating back to Hippocrates and Galen sought to characterize the functions of the bladder, primary and secondary sources reveal another group that simultaneously found additional bladder uses: cooks.

Descriptions of culinary uses for animal bladders date back to Aristophane’s 419 BCE Greek play, The Clouds. He describes food placed inside sheep’s bladders for roasting then likens the risks of bladder rupture during cooking to a crack of lightning:

“Bounce! goes the bag, and covers me all over
With filth and ordure till my eyes struck fire”

Subsequently, 1st century CE Romans used the bladder in a manner similar to a pastry bag. A recipe from that time described filling an ox bladder with a dressing made of brains, eggs, spelt, broth, small birds, and herbs and spices. A bird’s quill was then attached to the bladder neck, and the contents were then dispensed under a pig’s skin prior to roasting.

Medieval Italians and Germans used the bladder as casings. Salumi Mortadella di Bologna, a precursor to American bologna that continues to be enjoyed today, is a pork sausage dating to 1376. Traditionally packed in beef or pig bladder, it is then cooked and cooled prior to serving. Culatello di Zibello, another sausage still enjoyed, hails from 15th century Italy and is made from the hindquarters of a pig which are soaked in wine, salted and cured, stuffed in a pork bladder, and dried for over a year prior to being served raw. The northern Germans of the 15th century described a technique for cooking a giant egg wherein several yolks were placed inside a small animal bladder, which was subsequently placed inside a larger bladder filled with egg whites and cooked.

The bladder fulfilled multiple functions in 17th and 18th century French, English, and American cooking. Fresh or rehydrated dried animal bladders were used to cover crockery. As the bladders dried, they created an airtight seal, thus preserving the contents. In her 1798 cookbook, widely considered to be the first American cookbook, Amelia Simmons described using such a method to preserve fresh peas and pickles.

During this time, bladders also became popular as a way to preserve flavor and moisture during cooking. Meats or poultry and seasonings were placed inside animal bladders, which were then tied and boiled until the contents were fully cooked. The bladder was then opened and discarded. The technique continues in modern fine French dining and is referred to as en vessie (Figure 1). It became a specialty of the influential Lyonase chef Eugenie Brazier in the 1930s. Renowned chef Daniel Boulud describes the risk of this technique:

“The most miserable thing is when the bladder explodes... As the chicken cooks, the bladder starts to really expand. You have to talk to your bladder!"

While understanding of the anatomy and function of the bladder evolved over centuries, so too did the methods of using the bladder in cooking (Figure 2), proving it to be a versatile organ.

Figure 1: Preparation of chicken en vessie: Chicken is placed into an empty bladder (a), which is then tied off and boiled (b), then opened at the table for serving (c) 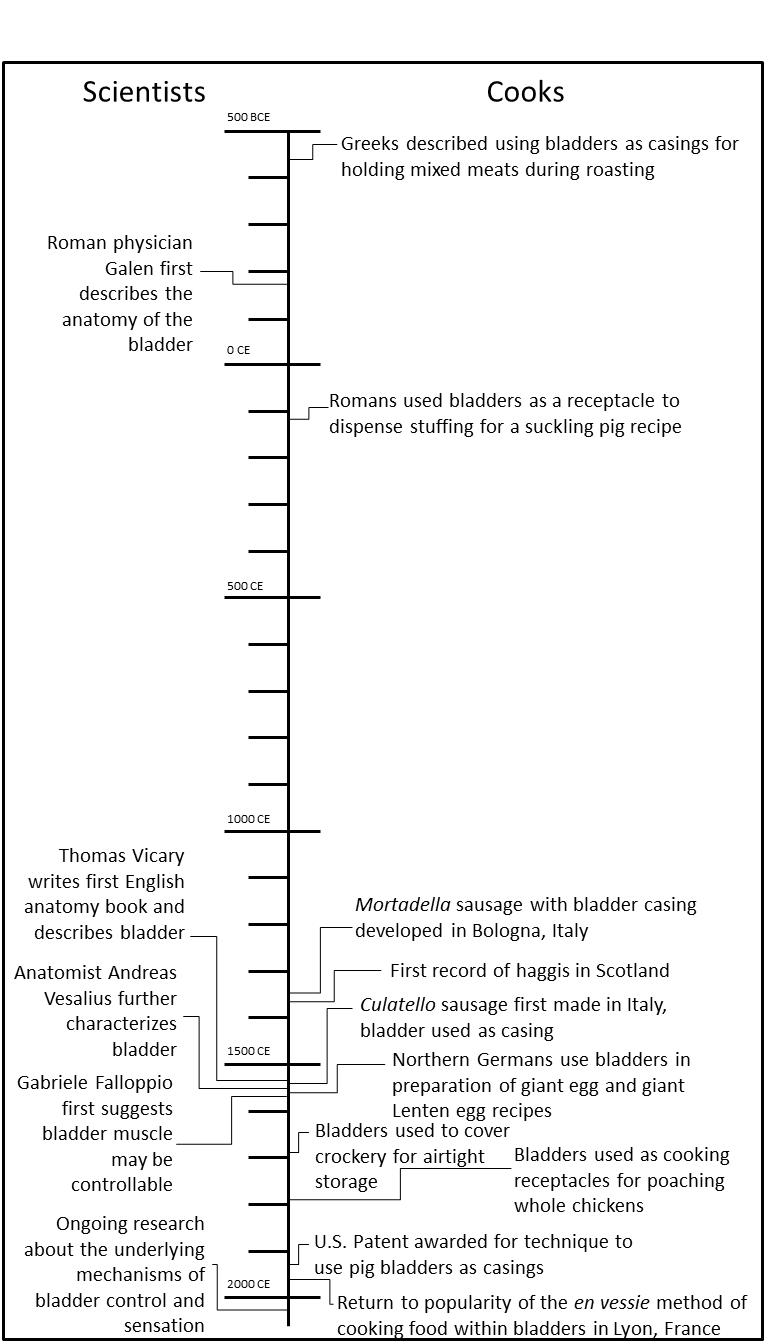 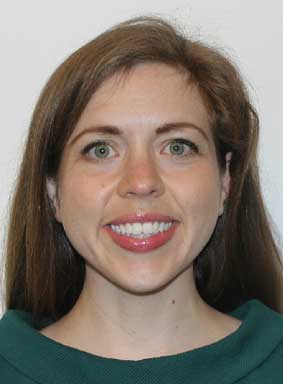 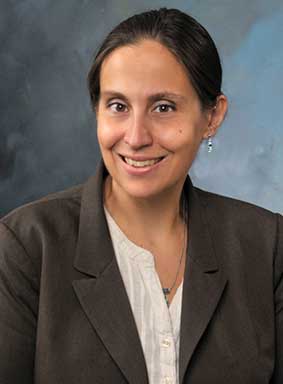