The Development of Hand-Assisted Laparoscopic Nephrectomy

The first laparoscopic nephrectomy was performed on June 25, 1990 by Ralph Clayman and colleagues at Washington University in St. Louis, MO.1,2 Laparoscopic surgery proved to have many advantages over traditional open surgery including improved post-operative pain and convalescence time.3,4 Despite the advantages of the laparoscopic approach, urologists at first were slow to adopt this technique due to the learning curve involved in a pure-laparoscopic approach. The decreased tactile feedback, loss of three-dimensional vision and the lack of articulation of laparoscopic instruments limited the ability to perform certain urologic surgeries.4,5

The first reported case of manual assistance during a laparoscopic surgery is credited to Dr. Edward Tiley and colleagues in 1992. While performing a laparoscopic splenectomy they encountered bleeding from a short gastric vessel and in order to help control bleeding, a small incision was made and the surgeon’s hand was introduced to aid in hemostasis. The resulting incision was then used to deliver the intact spleen after dissection was complete.6,7 Tschada et al. would report their use of “manual assistance” during a report of laparoscopic nephrectomies in 1995.8

Though the incorporation of the surgeon’s hand had the advantage of introducing an element of haptic feedback to the surgery, the technique had disadvantages: the incision was sized to fit only one particular surgeon, other instruments could not be placed through the incision, pneumoperitoneum would be lost when removing the surgeon’s hand during the operation and many surgeons reported hand cramping during surgeries.9 One solution to these problems was the development of a port or sleeve-type device that allowed a surgeon to insert and withdraw and even change operators while maintaining pneumoperitoneum. The first device to be used was called the PnuemoSleeve (Dexterity, Atlanta, GA). Porcine surgeries were performed in order to establish efficacy by Bannenberg et al.9, 10

The first hand-assisted laparoscopic nephrectomy in a human using a hand-assist device (PneumoSleeve) was performed by Drs. Stephen Nakada and Timothy Moon at the University of Wisconsin in April of 1997. (Figure 1) The patient was a 60 year-old woman with multiple sclerosis and recurrent stone disease who developed end-stage renal failure requiring hemodialysis. She had recurrent episodes of pyelonephritis and chronic right flank pain and had a past surgical history that included an open right pyelolithotomy and appendectomy. She had a right-sided nephrostomy tube in place at the time of surgery. The primary surgeon was left-handed and therefore the PneumoSleeve was placed in the midline just superior to the umbilicus by making a 7 cm incision. Two additional 12 mm ports were placed and a 5 mm port was used for the liver retractor. The specimen was removed intact through the midline incision. The surgery lasted 4 hours and 18 minutes with 100 cc of blood loss. The patient was discharged on postoperative day 3 and returned to normal activity within 7 days. Subsequently a hand-assisted laparoscopic radical nephrectomy was performed on a 4 cm renal tumor by that same surgical team.11

The development of the hand-assisted approach for nephrectomies combined the benefits of pure laparoscopy (visualization and smaller incisions) with the advantages of open surgery (allowing tactile feedback and allowing the surgeon’s hand to be used for dissection, retraction and hemostasis). It further allowed the hand-port site to be used to extract the surgical specimen. Despite the advent of robotic surgery, the hand-assisted approach continues to find utility in the removal of large renal tumors, in cases where there is signifcant scarring around the kidney and can be used in emergencies such as bleeding, where placement of a hand-port may allow the surgeon’s hand to aid in vascular control and hemostasis.

FIGURE 1. A. Photograph of Drs. Stephen Nakada and Timothy Moon performing the first hand-assisted laparoscopic nephrectomy using a hand-assist device (PneumoSleeve) in 1997. B. Photograph of PneumoSleeve. The PneumoSleeve consisted of an internal protractor-retractor sleeve (not shown). A plastic base attached to the patient and the PneumoDome was secured to the base as well as to the surgeon’s hand. [Photos courtesy of Dr. Stephen Nakada] 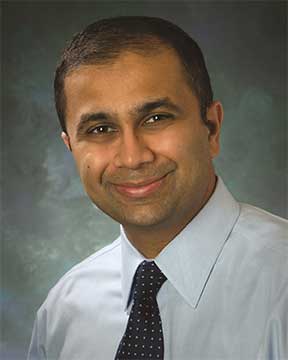 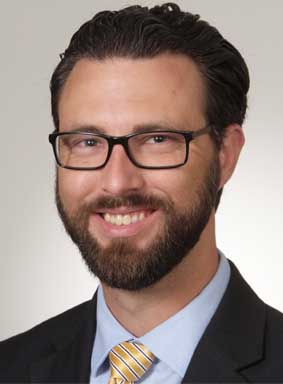 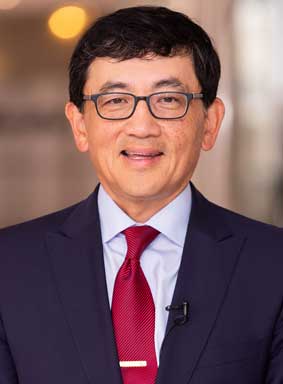