Carol Joan Bennett was born in Pittsburgh. Her mother, an educator in a Montessori school, demonstrated that being both a nurturing parent and having a career were possible. Indeed, Dr. Bennett is the descendent of a great-grandmother, Mrs. Georgia Myrtle Teal, who, as a Black woman in the pre-Civil Rights era, graduated with a Bachelor’s degree from Cornell University and a Master’s in Education from Columbia University in the 1920s. With that heritage, anything was achievable. 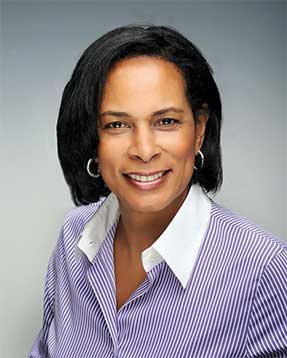 In high school, Carole Bennett's dentist arranged for her to volunteer at the Pittsburgh hospital. From her desk in the administrator’s office, she watched in amazement as physicians, all tall white men, strode through the office in their long white coats. It was during this time that she began to imagine herself as a physician. At Boston University, she survived the rigor of being pre-med by becoming one of four peas-in-a-study-pod. Although the quartet parted ways for medical school in 1974, eventually becoming a urologist, internist, psychiatrist and pediatrician, fifty years later, they continue to support each other.

At Georgetown University School of Medicine, Dr. Bennett was introduced to urology by Dr. Paul Lucien Bessette, a private-practice urologist who took her under his wing. In 1978, she graduated from medical school and was recruited by Dr. Jack Lapidis as the first woman to train in urology at the University of Michigan. In that year, although 15.4% of residents across all specialties identified as women, in urology, only 0.9% of trainees were women. Unsurprisingly, role models – women who had successfully trained in urology thereby demonstrating she could too – were few and far between. Dr. Bennett was inspired by Dr. Jean L. Fourcroy, the fifth woman in the United States to be board-certified in urology and a founding member of the Society of Women in Urology. While in residency training, Dr. Bennett was well-supported by the all-male urology department. The one disparaging comment she can recall was, “Carol, get your fingers out of your behind and operate!” At the time, she was crushed but then she concluded that he was right – operating requires active participation. She vowed not to be a spectator of her own career.

Being a trailblazer – the first and the only – can be isolating but Dr. Bennett gained a sponsor in Dr. Edward J. McGuire, who became Chief of Urology at University of Michigan in 1983, the year Dr. Bennett completed residency. She pursued what she describes as “post-baccalaureate training” since fellowships in the strict sense of the word were not in existence. With Dr. McGuire’s mentorship, she went on to establish the spinal cord injury (SCI) fertility program enabling the first pregnancy in the United States from a semen sample obtained from a paraplegic man by electroejaculation. In 1987, Dr. Carol Bennett became the first Black woman to be board-certified by the American Board of Urology, joining the ranks of pioneers such as Dr. Richard Francis Jones, the first Black man board-certified in urology (1936), Dr. Elisabeth Pauline Pickett, the first woman board-certified in urology (1962) and Dr. Mary Louise Gannon, the first woman to be a member of the American Urological Association (1975). Upon completing training, Dr. Bennett joined the University of Michigan faculty as Chief of Urology for both the Veterans Affairs (VA) and Wayne County hospitals.

In 1988, Dr. Carol Bennett’s husband, Dr. Keith Black, joined the department of Neurosurgery at the University of California, Los Angeles (UCLA). The surgeon couple, expecting their first child, daughter Teal, relocated to California where Dr. Bennett accepted a faculty appointment at the University of Southern California (USC), under the leadership of Dr. Donald Skinner, as Chief of Urology at Rancho Los Amigos National Rehabilitation Center. Dr. Bennett established herself as an authority figure in the world of neuro-urology, serving as a board member for the National Advisory Board on Medical Rehabilitation Research, the American Spinal Injury Association, and the Institute for Fertility Research and the Sexual Function Health Council of the American Foundation Urologic Disease. She ascended to leadership positions, becoming chairperson for the American Spinal Injury Association Urology Committee and the Subcommittee on Sexual Dysfunction and Infertility. From 1988 through 1996, she was principal or co-principal investigator for 11 funded research projects with topics ranging from catheterization of SCI patients and the development of squamous cell carcinoma in this patient population to enhancing fertility after spinal cord injury, amounting to $1,573,723 in grant funding and 42 peer-reviewed publications. By 1996, fewer than ten years after board-certification, she had presented at 70 national and international conferences.

Eight years after joining USC, Dr. Bennett was offered the position of Chief of Urology at the West Los Angeles VA by Dr. Jean deKernion, becoming the first woman in urology at UCLA, in 1996. In the era of COVID-19 and social distancing, it is difficult to imagine the minuscule basement Urology clinic at the West LA VA Hospital. With the tenacity and the audacity of one who had hitherto only known leadership, and with the zeal to provide the very best of care to our nation’s veterans, Dr. Bennett persuaded the hospital to construct the present-day expanded modern urology clinic and to extend the urology operating room block time. Furthermore, as a neuro-urologist, recognizing the benefits of having access to specialist care, she increased the repertoire of staff urologists to include urologists fellowship-trained in not only oncology, endoscopy and andrology but also in female pelvic medicine and reconstructive surgery and in genitourinary reconstructive surgery. In so doing, she was able to ensure that the needs of the veteran population were better met. Despite the administrative demands of being the VA Chief of Urology, Dr. Bennett is always in the urology clinic on Mondays and Tuesdays, seeing just as many patients as the residents. As a clinician educator, she models compassionate competent care and how to calmly, logically and gracefully manage crises in and out of the operating room for the 150 urology residents she has trained at UCLA, USA and University of Michigan.

Dr. Bennett was the first woman on urology faculty at UCLA, setting the stage for the department’s current representation, where, as of 2020, 31% of practicing urologists and 42%of residents were women, though women only accounted for 9.9% of urologists nationally. If 0.6% of urologists are Black women, it goes without saying that there are few opportunities to see a Black woman in leadership in urology. Not one to toot her own horn, it was not till 2020 that it became known to the UCLA Urology department that Dr Bennett was in fact the first ever Black woman in the United States to have trained and then subsequently become board certified in urology. It is worth recognizing that in the four staff appointments that Dr. Carol Bennett has held from the moment she graduated urology residency training, she has served as Chief of Urology: Wayne County General Hospital, the VA Hospital in Ann Arbor, Rancho Los Amigos Medical and the Greater LA VA. In 2019, in recognition of her contributions to neuro-urology, exceptional performance as a clinician educator and outstanding service rendered to our veterans for over 25 years, Dr. Bennett was appointed to an endowed chair, the Henry E. Singleton Chair in Urology at UCLA. Dr. Bennett’s accomplishments, while an aspiration to all, holds particular significance for the 57 other Black women urologists in the United States, who trained after her.

Dr. Carol Bennett is the ultimate physician: clinician-educator, researcher and leader-administrator. She is understated in her demeanor yet undoubtedly a force of nature to be reckoned with. She credits her mentors, particularly Dr. McGuire, for guiding her with the intention of facilitating her future success and calls on all urologists to actively serve as sponsors for their trainees. This support is even more urgent for those historically under-represented in medicine (URiM). She recalls being able to count all the Black trainees and faculty at the University of Michigan on both hands: one gastroenterologist, one internal medicine resident, three other Black residents, her husband and herself. Dr. Bennett urges the urologic community to take a moment to survey our teams to see if there is diversity of people and experiences represented at all levels and, beyond that, to take action by investing in URiM youth as early as the high school, college and medical school stages. While the impact may take years to be revealed, her very life exemplifies the immense power of having someone believe that you too can be that physician in the white coat. 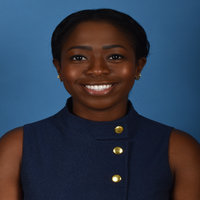