Dr. Said A. Awad passed away peacefully on June 19, 2021, at the age of 84. Born in pre-war Cairo, Egypt, and after graduating from Cairo University, Said immigrated to Canada in 1961. He was 25 years old and quickly embraced all the opportuni¬ties Canada had to offer as he dedicated himself to his urology training. After a four-year residency in Kingston, Ontario, Said moved to Toronto for additional specialization. A few months later, he met the love of his life, a nurse named Sharon Jones. They were engaged after six weeks and married a few months later. 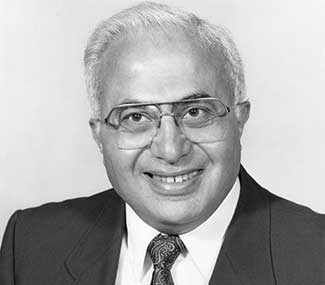 He influenced worldwide research and development on urinary incontinence and neuro-urology with the abundance of publications on these topics. He retired in 2003 as a professor emeritus of Dalhousie University. Said thrived with a mix of teaching, research, and clinical responsibilities throughout his career, and he was repeatedly recognized for his accomplishments in all three areas.

Said’s contribution to the Canadian Urological Association was enormous since he become a member in 1969. He was Secretary of the association from 1982–1987 and was Scientific Chair of the CUA meeting in Halifax in 1988. He was especially proud to have served as President of the CUA in 1989–1990, with the annual meet¬ing held in Vancouver, BC. For his contribution to the CUA and Canadian urology, Said received the CUA Lifetime Achievement Award in 2002. Said also significantly contributed to international associations and was named as one of only 75 members of the American Association of Genito-Urinary Surgeons. Said was elected President of the Northeaster Section of American Urological Association in 1990–91. Said contributed considerably to the International Continence Society and was the Chair of the annual meeting in 1992, held in Halifax.

Said was always an early riser. He had energy, dedicated himself to his work, and had a remarkable ability to focus. He was humble. He was respectful and sincerely grateful for everyone around him, recognizing the blessings of his life and rarely com¬plaining (even when his golf ball went in the water). Said strived for excellence, but not accolades. We will forever miss his warm smile, compassion, curiosity, and support.