Pyelolithotomies were usually done through a generous flank incision. Drains were brought out through the skin and were removed in the early postoperative period. It was not unusual for the hospital stay to reach a week. That was the status of stone surgery in the New England urologic community in the early 1980s.

Meanwhile in Germany, experimental work had begun in the 1970s investigating whether sound waves could be focused to fragment stones. This work was an extension of the observation that had been made that when planes that had broken the sound barrier returned to the tarmac, small dents were observed in their fuselages.

A young urologist in Munich, Christian Chaussy, became intrigued about the possible clinical applications of utilizing sound waves focused to fragment renal stones transcutaneously. Chaussy treated the first patient in Germany on February 7, 1980. Four years later, in 1984, the HM3 machine was approved for extracorporeal shock wave therapy by the FDA. The first ESWL procedure in the United States was performed at the Methodist Hospital in Indianapolis. Five other hospital sites were approved by the FDA for the initial trials. They were Massachusetts Hospital in Boston, Baylor University Medical Center in Houston, the University of Virginia in Charlottesville, the University of Florida in Gainesville and Cornell Medical Center in New York City. 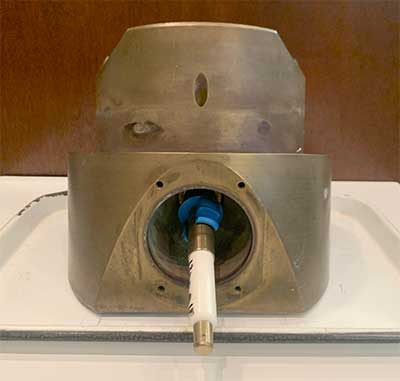 Ellipsoid reflector from one of the first HM3 machines
In the US. Wm P. Didusch Center for Urologic History 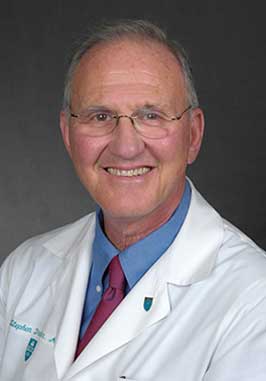 Steve Dretler did the bulk of the kidney stone work at MGH at that time. He was an innovative surgeon and enthusiastically facilitated the arrival of the HM3 at MGH. At first, as would be expected, there were turf battles. The MGH radiologists argued that they should control the ESWL machine as it was a radiological procedure. To Steve Dretler’s credit, he fought and won the turf battle. The HM3 was then - and the current lithotripsy machine continues to be - under the control of the MGH urologists.

Dr. Frank McGovern provides a resident’s view of the arrival of the HM3. Almost immediately after its installation, there were six to eight stone patient admissions each day. An unintended consequence of the ESWL treatments was the post-treatment steinstrasse which necessitated ureteroscopy and laser lithotripsy of the ureteral stone fragments. Frank relates that the acceleration of ureteroscopy and laser applications into urologic practice was directly related to the ESWL procedures. Frank also remembers that the early HM3, a true “tub bath” required patients to be almost fully submerged in the water up to their necks. He reports that there were no drownings!

The use of ESWL and the management of its sequelae facilitated the development of further innovations. The inventive Dretler developed the “stone cone” to trap the ureteral stone fragments after laser lithotripsy to prevent them from ricocheting back up the ureter. The increased reliance on ureteroscopy also encouraged a whole generation of ureteral stents utilizing new materials and designs.

A few years after the introduction of the ESWL at MGH, Scott McDougal was named the new chief of urology at MGH. It should be recognized that in a competitive clinical environment, he extended lithotripsy privileges to others and myself at BWH. There was no quid pro quo. It was an act of generosity and collegiality. Encouraged by his actions, I arranged the first combined MGH-BWH lecture series and journal club via the Partners video systems. It was nascent technology that was used twenty-five years before Zoom became commonplace.

And so it was. The observation of sound wave “dents” on the bodies of planes, the research of a young German urologist, the vision of Steve Dretler and the generosity of Scott McDougal. This confluence of discovery, science, collaboration and generosity culminated in the introduction of the ESWL and a major step forward in patient care in New England urologic practice. 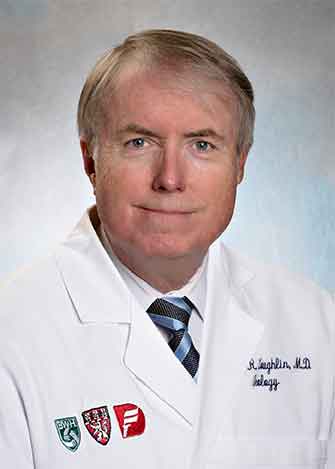