In September 1665, George Viccars, a tailor in the small, Central-England village of Eyam, received a parcel of cloth ridden with plague-infected fleas from London. Four days later, Viccars died. By the end of the month, five more villagers had succumbed to the plague.
J. Bolton 'The World Upside Down', Black Death in England

In September 1665, George Viccars, a tailor in the small, Central-England village of Eyam, received a parcel of cloth ridden with plague-infected fleas from London. Four days later, Viccars died. By the end of the month, five more villagers had succumbed to the plague. 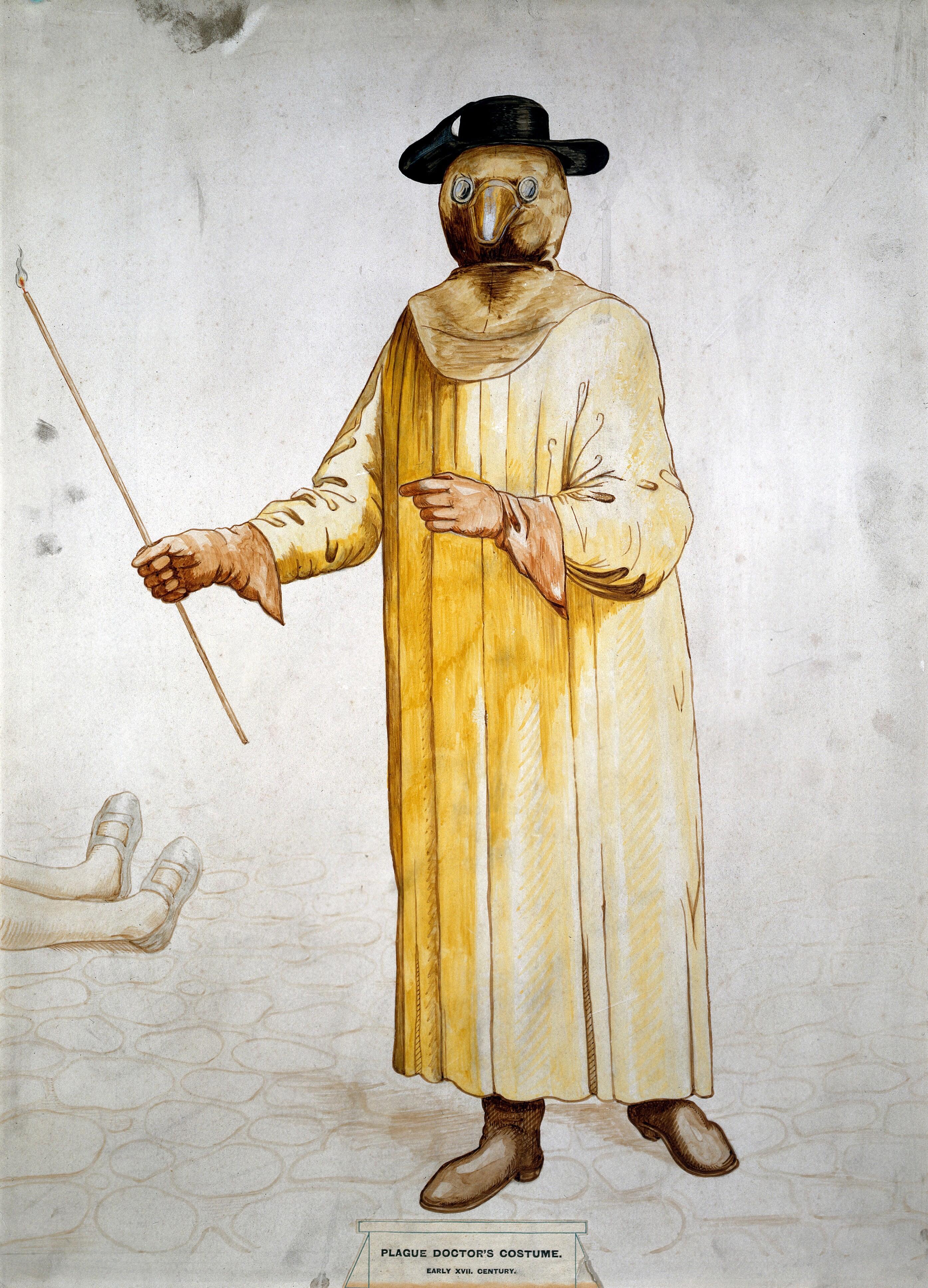 The plague, otherwise known as the Black Death, first spread to Britain in 1348, traveling from Bristol to Oxford and London in several days. More than three hundred years later, in 1665, perhaps the worst of the English epidemics broke out in London. That summer, the nobility and clergy fled the city, as some 7,000 people died each week. As many as 100,000 lives were lost before winter killed the fleas and the epidemic tapered off. Contemporary medicine could provide no explanation for the sickness, and most doctors were afraid to offer treatment. In an attempt to keep from being infected, the few physicians who did risk exposure wore leather masks with glass eyes and a long beak filled with herbs and spices that were thought to ward off the illness. Even one person in a household showing plague-like symptoms was enough to mandate a 40-day quarantine for the whole residence.

When Gregory I became Pope in 590, an outbreak of the bubonic plague was reaching Rome. In hopes of fighting off the disease, he ordered unending prayer and parades of chanters through the streets. At the time, sneezing was thought to be an early symptom of the plague. The blessing “God bless you” became a common effort to halt the disease.

Ring Around the Rosy

Ring around the Rosy
Pocket full of Posies
Ashes, Ashes,
We all Fall Down

This rhyme delivers the image of children grasping hands and slowly rotating in a circle, only to collapse and giggle at its conclusion. 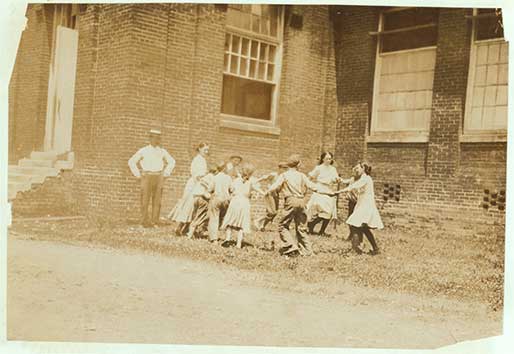 But this is more than an innocent childhood rhyme. It was born amidst the horror of a disease so fierce that it bled the very innocence of the European continent. Below is an explanation of the meaning of the phrases used in the rhyme.

Ring around the Rosy: One of the first visible signs of infection was red rings surrounding a rosy bump, all over the victim's body.

Pocket full of Posies: A common belief of the time was that the plague was born from “foul air.” The rationale was that people could protect themselves from the bad air by keeping their local air smelling sweet with things like flowers. It also helped them deal with the smell of death.

Ashes, Ashes: In the terminal phases of the disease, victims would be hemorrhaging internally, sometimes triggering sneezing as it irritated the breathing passages. “Ashes” is a child's approximation of a paroxysm of sneezing. In this weakened state, a victim could, and often did, sneeze their lungs out.

We all Fall Down: The often sudden death associated with the plague.

The plague ravaged Europe and Asia between the 14th and 17th centuries. In the 14th century alone, it is estimated to have killed 200 million people. Although the disease is no longer a major health problem in Europe, it is still endemic in some parts of the world. From 2010 to 2015 there were 3248 cases reported worldwide, including 584 deaths, according to the World Health Organization (WHO). Bubonic plague is still endemic in the United States and there are fears that climate change and increasing globalization could result in a re-emergence of the disease in the developed world.