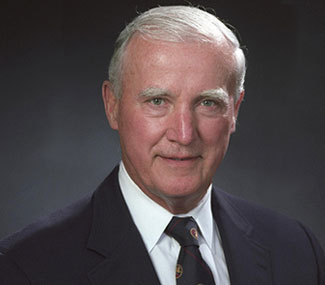 Born December 25, 1930 in Pelham, New York, John P. Donohue, MD received an A.B. from the College of the Holy Cross in 1954 and a medical degree from Cornell University Medical College in 1958. Dr. Donohue completed his internship and residency in surgery at New York Hospital, Cornell University in 1960. He was ships surgeon, U.S. Navy, Aircraft Carrier USS Wasp from 1960-1961. Dr. Donohue went on to complete his residency in urology at Massachusetts General Hospital, Harvard University and later joined the Indiana University faculty in 1965 as assistant professor. He was named chairman of the department of urology, Indiana University Medical Center in 1971.

Dr. Donohue is best known for developing surgical techniques for retroperitoneal lymph node dissections for patients with testis cancer. His honors include Outstanding Teacher in Surgery and Outstanding Professor in Clinical Sciences (five times); the Barringer Medal from the American Association of GU Surgeons; the  Hugh Hampton Young Award from the AUA; Valentine Medal of the New York Academy of Medicine;  Distinguished Contribution Award of the AUA; Uro-oncology Award from the Japanese Urological Association and from the Australia Urological Society.