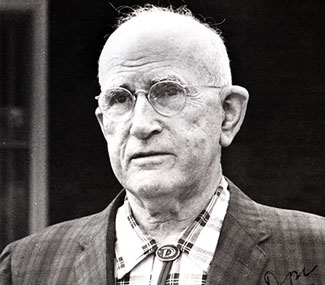 Theodore M. Davis, MD was born on December 13, 1889 in Greenville, North Carolina. He spent several summers working with his cousin who was chief electrical engineer for the Southern Railway System.  Davis joined him as assistant electrical engineer from 1905 to 1909. But in a joyride with a group of clerks on a rail inspection car hit head-on by an engine, Davis’ leg was broken. In the hospital he noticed that nurses were very pretty and the hospital staff seemed to enjoy their work, so he entered medical school at the University of Maryland in 1910, graduating in 1914 with the best marks in his class.

From 1915 to 1918, Dr. Davis worked with a well-known surgeon in Greenville. He then entered private practice and focused his efforts on urology-related medicine. Dr. Davis saw Stern's resectoscope and, after much difficulty obtaining a used model and much practice on beef hearts to familiarize himself with the instrument, he began to modify it. His improvements to the apparatus include: a stronger loop with a larger diameter, a strengthened shaft, better insulation and with his electrical engineering background, he created what he called a "double throw switch," the precursor to today's foot switch for our transurethral resection work.

In 1937, the 47-year old Davis had two coronaries and retired from medicine.  He never gave up his interest in electrical gadgets and later studied color television repair, becoming a consultant to repairmen in Greenville.  He spent winters in Florida and summers in Greenville with his wife Sunie, dying at age 87 in 1973.

Epilogue
Davis failed early to receive due credit for his prostatic resection because of being a brash young man from a small Southern town and was not even considered a urologist. He was cocky about a controversial method which gave poor results in hands untrained to the technique. He was without the research and teaching facilities of a large University to give him backing.

Forgotten until near the end of his life, he received his triumph when Grayson Carroll in "Contributions of Urologists to Medicine" in the Journal of Urology (October, 1963), said the most outstanding accomplishment had been "the resectoscope in the removal of the prostate."

Read more about T.M. Davis and the controversy surrounding his work.