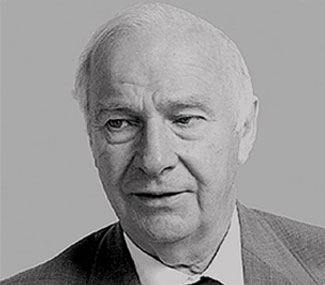 Harold Horace Hopkins was born in 1918 in Leicester, UK as one of six children. After early difficulty in school, at the age of 18 he returned to study the sciences and won a scholarship to University College, graduating with honors three years later in physics and math.

Hopkins was deferred from the war for the first 6 months, and he went to work for an optics company named Taylor, Taylor and Hobson as they were working on developing war instruments. This was his first glance into the world of optical design that "…saved him from a career in theoretical physics." After his 6-month deferment, Hopkins was drafted in the Army and befriended Nairs Craig in 1941.

While Hopkins was attending a dinner party with Nairs Craig in 1951 when a gastroenterologist complaining about endoscopic optics sparked his interest, and he began to work on a flexible fiberscope. Due to a lack of financial support, Hopkins had to abandon his initial work.

Hopkins developed his fundamentally different rod-lens optics system by mistake. The original endoscopic optic system consisted of a series of glass lenses arranged one behind the other with large gaps of air between them, but Hopkins rearranged his system to include more glass than air, reversing the older model, since glass is a much better light conductor. This subtle change resulted in a significantly brighter image and a narrower diameter, helpful in medical instrumentation.

Although the patent he filed was not given much interest, in 1965 Hopkins met a young precision instrument maker, Karl Storz, who decided to put this remarkable instrument into production. Urology began  to make colossal advances in the technology of endoscopy and cystoscopy.