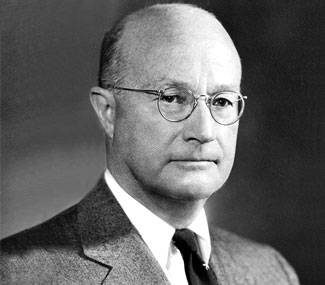 Hugh Judge Jewett, MD was born on September 26, 1903 in Baltimore, Maryland. His early education took place at St. Paul's School in Concord, New Hampshire, and he received his undergraduate degree at The Johns Hopkins University. He entered the Hopkins School of Medicine in 1926; after obtaining his medical degree, Dr. Jewett trained under Hugh Hampton Young, MD and finished his urology training in August 1936. Dr. Young "farmed out" his residents for at least a year to other institutions, and so Dr. Jewett spent a year in general surgery with T.F. Riggs in Pierre, SD and a year in urology with Frederic Foley in St. Paul, MN. He spent several years in Europe rounding out his urologic training and upon his return entered private practice with J.A. Campbell Colston, MD in July of 1937. His entire practice was centered at Hopkins where he became an associate editor of The Journal of Urology® in 1946, assuming full editorship in 1966. That same year he became a full professor as well as president of the AUA. He remained editor of The Journal until 1977.

Dr. Jewett's other major accomplishment was in the field of treatment and staging of bladder cancer. He became involved in this area when he began to treat the employees of Dupont who had a significant bladder cancer incidence from exposure to the aniline dye production. Ironically, Dr. Jewett died from metastic prostate cancer on May 6, 1990 in Baltimore.