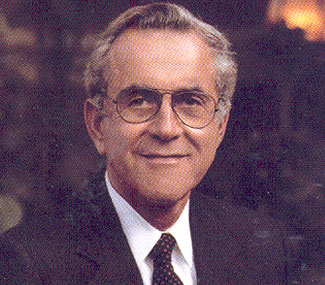 Joseph Kaufman, MD was born on February 10, 1921 in New Haven, Connecticut. He received his undergraduate and graduate education at the University of California in Berkeley—receiving his medical degree in 1945. Dr. Kaufman did an internship at the Beth Israel Hospital in Boston from 1945 to 1946 and served in the Army in 1947. Beginning in 1948, he spent two years in surgery at Yale and then went to Mt. Sinai Hospital in New York City (NYC) to begin his urology training. After a year in NYC, he went to the University of California, Los Angeles (UCLA) and became Willard Goodwin's first resident. After completion of his residency, he entered private practice in Beverly Hills in 1953. A full professor at UCLA in 1960, he eventually became a chairman in 1970.

A sought-after speaker and prolific writer, he also was on the editorial board of nine different journals and belonged to more than 30 professional societies. He received nearly every award that the urologic societies in the United States could bestow, honoring him for his contributions in the field of reno-vascular hypertension, transplant surgery and transplant preservation, as well as his work on impotence and incontinence. An innovator, Dr. Kaufman designed several early incontinence devices. He died in 1999.