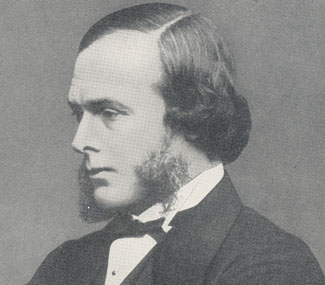 Baron Joseph Lister, MD was born in Upton, Essex, England on April 5, 1827. He graduated from the University of London in 1852 and began a surgical career in Edinburgh.

Few major advancements in the field of surgery can be considered as important as the work of Dr. Lister—the application of germ cell theory to the surgical arena. In the early 1800s, it was asserted that sepsis was caused by exposing moist body tissue to oxygen. Plasters and resins were used to cover wounds and keep air out. Because sepsis was so common, amputation was a primary means of dealing with serious injuries. Rather than risk death from infection, surgeons would simply remove the wounded limb. However, it was Lister who would ultimately theorize that sepsis in wounds was a form of decomposition, not caused by bad air alone and, ultimately, a treatable condition.

Dr. Lister was contemporary to French chemist Louis Pasteur, who pioneered the theory that infectious diseases were caused by germs—which could be neutralized if heated to high temperatures. While Pasteur was studying germ theory and investigating what would come to be known as pasteurization, Dr. Lister was investigating the microscopic changes in tissue that lead to inflammation and infection. The application of Pasteur's theories to the operating theater led Dr. Lister on the path that would ultimately give way to antiseptic surgical techniques.

Because heat sterilization could not be applied directly to patients, Dr. Lister began looking for a chemical that could bring similar results. An article in a local newspaper raised his interest in crude carbolic acid—which was showing promising results in sewage treatment. People and animals near fields fertilized with treated sewage were showing fewer diseases. Dr. Lister began applying purified carbolic acid to wounds in 1865. He also led the charge in suggesting that surgeons wash their hands and sterilize their instruments before operating. Sterile catgut, silk for sutures and sterile gauze dressings are more of his legacies.

After advancing his theories, Dr. Lister, who was on staff at Edinburgh Hospital, was invited to join the staff of the King's College Hospital in London. He, like Pasteur, was not always approved of by colleagues. The two, however, became personal friends and supported each other under sometimes vicious attacks. In fact, when Pasteur was honored publicly at the age of 70, he bowed to Dr. Lister and said, "the future belongs to him who has done the most for suffering humanity."

Following Lister's speech in Philadelphia in 1876, a Missouri physician, Joseph Lawrence, developed an antiseptic liquid in 1879, which he called Listerine, in honor of Dr. Lister. The famous mouthwash was actually first used in the operating room as a disinfectant.