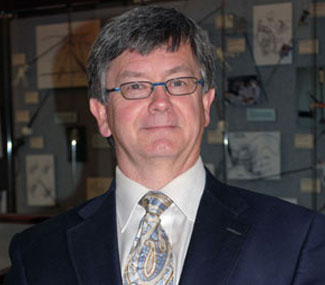 I am a Midwesterner, who grew up in Illinois, just outside of Chicago. My family was large; I am the 3rd son of six children and was always trying to compete with my two older brothers. I am the first of my family to attend college, so the family was surprised when my intentions to attend medical school materialized. I went to Illinois Wesleyan University, in Bloomington Illinois before attending Southern Illinois University in Springfield. I was always a bibliophile. I became interested in historical writings in college; the library in Bloomington had extensive archives on Abraham Lincoln. One little known anecdote about my college career bridging to medical school was that I joined a circus briefly before matriculation. Bloomington, Illinois has long been the seat of Circus flyers and the allure of being hurtled by a teeterboard was just too compelling prior to pursuing medicine (or perhaps it is an appropriate metaphor).

I became interested in surgery early in medical school and began to do significant research in transplant physiology. My first paper was on aseptic necrosis of the hip in transplant patients on steroids which was presented at the University of Michigan. I graduated with honors in surgical research and went to Connecticut for a general surgical residency. I became sidetracked by interacting with a group of outstanding urologists in Bridgeport during an elective rotation. That changed everything. I switched career pathways and matriculated to Albany Medical Center where I met my wife, Gail. The urologic training also allowed me to pursue other academic interests such as the history of science. Finishing training in 1988, I pursued a fellowship with George Drach in stone disease, while endourology was in its infancy. During the fellowship year in which George gave me intense latitude, I met a young general surgery fellow who introduced me to laparoscopy. I moved on to an academic position at the University of California, Davis in Sacramento, California. Here I could explore laparoscopic surgery intensively in a laboratory setting and began interacting with high end technologies such as robotic systems by 2000.

In the lab next to mine worked a young surgeon named Fred Maul who would later founded Intuitive Surgery. Also present was Hap Paul, a veterinarian with a vision to create an orthopedic robot which he called Robodoc. These were heady times when Ralph Clayman had just performed the first human laparoscopic nephrectomy. Our first child was born in Sacramento but I simply could not sustain our lifestyle in California and I had the opportunity to return to Albany, NY with my new family and a progressive private practice that encouraged my academic activities.

During my academic years at the university, I had the great pleasure of developing many lifelong personal contacts with individuals who have had a profound effect upon me. One such individual was Sakti Das. He was a mentor, a friend, a political ally who helped me become only the third urologist to gain membership in the American Osler Society. My love for historical and humanistic medicine has found a natural place amongst the Oslerians.

In addition, I have had the massive honor of having several publishers produce works of mine of the historical variety which truly have no real home in the urological literature at present.

The final chapter of my career has found me back in Tucson, Arizona where my academic career started. I have increasingly become affiliated with the AUA and the William P. Didusch Center for Urologic History over the past five years. I have come to know Rainer and Dorothy Engel and their brood at each subsequent annual meeting. My first love in history is books, and then comes artifacts - a bit different from Rainer's background. The museum is a treasure trove of urological artifacts and the library is in need of careful scrutiny and acquisitions.

I feel the great potential for the American Urological Association's museum at the Linthicum headquarters and hope to follow the paths already begun by those on whose shoulders I will stand.

With the mantra from Calliope, Clio, Erato, Euterpe, Melpomene, Polyhymnia, Terpshicore, Thalia and Urania (the muses) I will try to continue and expand upon the mandate of my four predecessors.

"nanos gigantium humeris insidentes" [12 century quote attributed to Bernard of Chartres (dwarfs on the shoulders of giants), perhaps the source of Newton's much more famous quip to his rival Hooke on February 5, 1676].