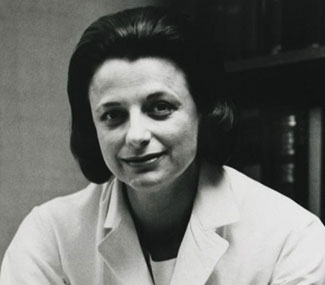 Virginia Masters was born on February 11, 1925 in Springfield Missouri. She was raised in California, but returned to Missouri with her parents after high school to attend college.

At Washington University in St. Louis, she began doing infertility research, and began working with William H. Masters in 1957. Six months into her two year research position, they began doing sexual function research. They published the first textbook of sexual function in 1966, titled Human Sexual Response. It was composed of 11 years of research, 694 research subjects, and was published in 10 different languages.

The research for this book took place at a lab furnished by Washington University in St. Louis, MO, where William Masters was a professor of Obstetrics and Gynecology, and later moved to a center adjacent to the hospital. Originally, they used prostitutes for their research, due to fear of being criticized by the conservative area, but were later able to recruit a wide variety of local volunteers, the majority being the academic community and the upper socioeconomic and intellectual strata of St. Louis. Virginia Johnson's warmth and non-judgmental persona helped her to make patients comfortable and additionally made her a good spokesperson for the duo. Numerous national women's magazines in the 1960's wrote about their controversial work, often talking about her "accents of pure middle America."

There is a strong history of sexual research that has taken place in the Midwest, beginning with Alfred Kinsey in Indiana in the 1940's, and later with Virginia Johnson and William Masters in Saint Louis, Missouri. While many would assume that the conservative Midwest would reject this research, Virginia E. Johnson was able to gain respect and support in the community.

For more information, see the full article: Virginia E. Johnson: Pioneer of Sexual Medicine in Saint Louis and the Conservative Midwest by Genoa G. Ferguson, MD and Steven B. Brandes, MD or: https://news.stlpublicradio.org/post/obituary-virginia-e-johnson-half-team-lessened-sexual-taboos#stream/0