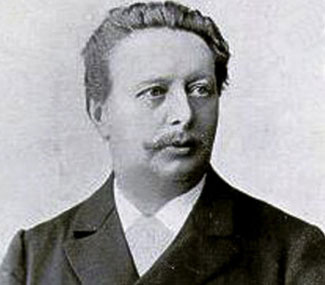 Maximilian Carl-Friedrich Nitze, MD was born in September of 1848 in Berlin, Germany. He studied medicine in Heidelberg, Würzburg and Leipzig. Nitze obtained his medical degree in 1874 and made it his life's task to develop endoscopes with new properties and a new range of applications. On October 2, 1877, Nitze used a cadaver to demonstrate his "Kystoskop" and "Urethroskop" in Dresden. On May 9, 1879 he and an associate demonstrated the instrument in Vienna on a living patient.

Nitze returned to Berlin, where he opened a private institute for bladder and kidney disease and also gave special cystoscopy courses for colleagues from Europe and abroad.

Initially striving for improvements, Nitze eventually became so rigid that he would not tolerate any change in the optics of his instruments.

In 1889, he published the first textbook of cystoscopy. The year 1887 had seen the development of the Edison light bulb and the continuation of improvements in endoscopic instruments. It was several years before Nitze agreed to incorporate the small new light bulb of Henry Koch and Charles Preston into his cystoscope. He continued to develop the irrigation cystoscope, the photocystoscope and the operating cystoscope in collaboration with the instrument makers Hartwig, Loewenstein, Hirschmann and Heyneman. In 1894, he published the first atlas of cystoscopy. In 1902, the AUA was founded and Nitze became an honorary member. Two years later, on the silver anniversary of the first live demonstration of the cystoscope, he was showered with letters of recognition from around the world. He died from a stroke in 1906.