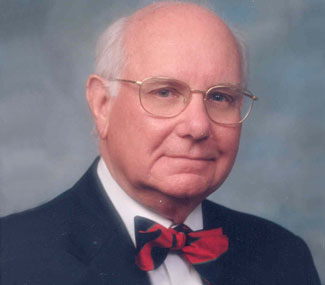 Thomas A. Stamey, MD was born April 26, 1928 in Rutherfordton, North Carolina. He attended The Johns Hopkins University School of Medicine, receiving his medical degree in 1952. After his internship at Hopkins, he entered the urology residency program under William W. Scott, MD, and in 1958, joined his full-time faculty. Dr. Stamey left Hopkins in 1961 to become chairman of the division of urology at the Stanford University School of Medicine in Stanford, California. After 26 years as chairman, he is now Professor Emeritus. Dr. Stamey has garnered multiple awards from American urology groups including the Hugh Hampton Young Award and the Ramon Guiteras Award from the AUA, and the Valentine Award from the New York Academy of Medicine. Dr. Stamey was president of the Clinical Society of Genito-Urinary Surgeons from 1988 to 1989.

Dr. Stamey's early interest was in the field of renal vascular hypertension and renal physiology. In the early 1960s he became one of the leading researchers in the pathogenesis of urinary tract infections and subsequently immunologic characterization of prostatic infections. Since 1982, he has concentrated his research on various aspects of prostatic cancer with special interest in the field of the prostate-specific antigen and prognostic indicators of prostate cancer.