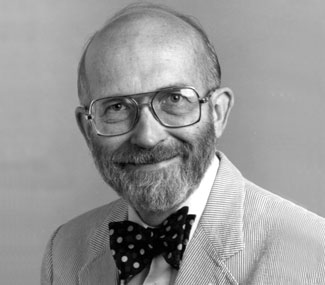 Jean D. Wilson, MD, a native of Wellington, Texas, obtained an undergraduate degree in chemistry from the University of Texas (UT), Austin and graduated from the UT Southwestern Medical School in Dallas. After postdoctoral training in internal medicine at Parkland Memorial Hospital in Dallas and in biochemistry at the National Institutes of Health, Dr. Wilson returned in 1960 to the UT Southwestern faculty where he now holds the Charles Cameron Sprague Distinguished Chair of Biomedical Research and is professor of internal medicine. His research is focused on the mechanisms of hormone action and, in particular, on the role of androgen action in sexual differentiation and the control of prostatic growth.

Dr. Wilson is a member of the National Academy of Sciences and its Institute of Medicine, the American Academy of Arts and Sciences and the American Philosophical Society and is a fellow of the Royal College of Physicians of London. He has been president of the Endocrine Society, the American Society for Clinical Investigation and the Association of American Physicians. Dr. Wilson is the recipient of the Eugene Fuller Award from the AUA. He has served as editor of the  Journal of Clinical Investigation and of Harrison's Principles of Internal Medicine and Williams' Textbook of Endocrinology.