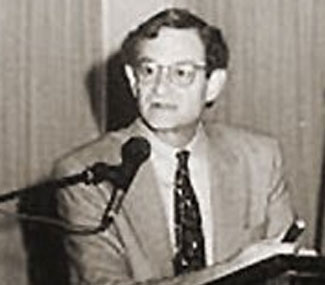 Alan Yagoda, MD was a professor of clinical medicine and an international expert on urological cancer. He graduated from the University of Vermont Medical School. He became chief of Memorial Sloan-Kettering Cancer Center's solid tumor service and also worked at Cornell and Yale medical schools. In 1991, Dr. Yagoda joined the Columbia University College of Physicians and Surgeons.

Dr. Yagoda specialized in genitourinary cancer research that included the development of a four-drug chemotherapy treatment for metastatic bladder tumors that significantly reduced the cancer in two-thirds of the patients. The treatment, known as MVAC (methotrexate, vinblastine, doxorubicin and cisplatin), became a standard therapy.

Dr. Alan Yagoda, an oncologist who specialized in genito-urinary cancer research and contributed a new treatment for metastatic bladder tumors, died on Saturday at Columbia-Presbyterian Medical Center. He was 60 and lived in Pleasantville, N.Y.

The cause was complications from abdominal surgery, his office said.

At his death, Dr. Yagoda was professor of clinical medicine and attending physician at the medical center's medical oncology division. He joined the Columbia staff in 1991 after working at the Cornell University College of Medicine, Memorial Sloan-Kettering Cancer Center and Yale University Medical School.

At Memorial Sloan-Kettering, he served as chief of its solid-tumor service in the 1980's. There, he developed and tested a four-drug chemotherapy program known as M-VAC that resulted in significant shrinkage of metastatic bladder cancer in two-thirds of patients. His treatment became a standard therapy.

Dr. Yagoda was born in Brooklyn and graduated from the University of Vermont, where he also received his medical degree. He was the author of about 100 articles and more than 70 book chapters.

He is survived by his wife, Jane Smith Yagoda; two daughters, Chahna Ekstrom of Bothell, Wash., and Alysha Ari Yagoda of Pleasantville; a son, Dovid, of Burlington, Vt.; a sister, Helene Y. Rand of West Orange, N.J., and one grandson.