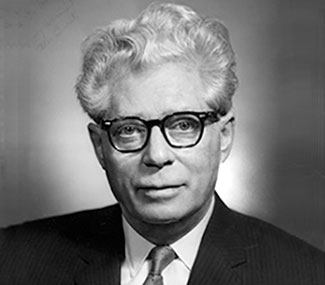 The rise of uroradiology pioneer Moses Swick, MD is one that moves through controversy and the anti-semitic attitudes of the early part of the 20th century.

Born in New York City at the turn of the century, Moses Goldstein was the son of Lithuanian emigrants who had left imperial Russia for the United States in 1894. Records from the 1920 census indicate that his father, who was not a naturalized resident of the United States at the time, was self-employed as a butcher. In 1928, his father, Alter Goldstein, became an American citizen.

He attended Columbia University from 1918 to 1922, where he received a bachelors of science degree and prepared for medical school. Medical schools at the time had quotas for Jewish students, and at some point during his time at Columbia, the younger Goldstein changed his name to Moses Swick. It is speculated that he underwent the name change to avoid being considered part of these quotas. He received his medical degree from Columbia Medical School in 1924, and continued post-graduate education in Germany at Hamburg University. Dr. Swick's early work in Germany would eventually pave the way for uroradiologic techniques such as intravenous pyelography.

Contrast imaging of the genitourinary tract was, at the time, in the earliest of stages. Based on intravenous instillation of sodium iodide, X-rays taken of the urinary system produced distinct but faint images. At the same time, urologists were treating urinary tract infections with iodated compounds. Professors Arthur Binz and Leopold Lichtwitz, both in Berlin were synthesizing compounds, such as Selectan-Neutral, to treat infections. It was during these studies that Dr. Swick recognized the value of the iodated compounds for imaging the urinary tract.

Swick worked to modify the structure of the compound, which at the time had proven side effects like vomiting, nausea and headache. He traveled to Berlin to work with Binz and Alexander von Lichtenberg to accomplish this goal.

By replacing the methyl radical in the compound with a sodium acetate radical, Dr. Swick was able to lower the toxicity of the compound. He increased the solubility to allow for more iodine content. The result was Uroselectan. Injected intravenously, the material cleared the body through the urinary tract and allowed for distinct images as X-rays were taken. He published his work in 1929 but von Lichtenberg presented the material at local meetings, first in Munich of that year, and then at the annual meeting of the AUA in 1930. Swick was not given any due credit by his former supervisor for the momentous discovery.

The discovery and development of Uroselectan ushered in a new era in urologic diagnostics. The excretory urogram, or intravenous pyelogram (IVP) allowed physicians to image stones, cysts and tumors with a reasonably non-toxic material. His achievements helped urge progress of numerous sub-specialty areas of urology including urologic oncology, pediatric urology and nephrolithiasis.

Swick returned to New York prior to Nazi ascension in Germany. He spent his entire academic life at Mt. Sinai Medical Center. He continued to be shunned by the national and international community until Professor VF Marshall's investigation led to Swick being awarded the Valentine Medal of the New York Academy of Medicine in 1966 after "30 unkind years of heartache and oblivion." For his research contributions, Dr. Swick received the Citation for Distinguished and Exceptional Service from the City of New York in 1978 and a citation from the Society of Urology in 1984. He also received an honorary doctorate from the Free University of Berlin in 1975. The American Congressional Record regards Swick's work as one of the five major contributions of an individual to medicine. He retired in 1981 and died in 1985 as a result of complications from a septic gallbladder illness.