The prostate-specific antigen (PSA) test is one of the most familiar of urology's milestones. Millions of men have benefited from early prostate cancer detection because of this revolutionary—albeit somewhat controversial—blood test. The research that produced this simple tool is relatively recent. Before 1986, when the Food and Drug Administration approved the PSA test for monitoring prostate cancer, no blood test existed for the disease.

In the past the digital rectal exam was the only screening available and would detect cancer often when tumors were too advanced for cure. Prostatic acid phosphotase (PAP) proved to be a sensitive blood-serum marker for advanced prostate cancer, but did little for early detection since it missed localized tumors.

So there's little surprise that the discovery of prostate-specific antigen, an enzyme manufactured by the prostate and secreted in excess into the bloodstream when cancer is present, would turn into such a valuable screen for men. The PSA test is the product of many minds collaborating over many decades. In 1970 immunologist Richard J. Ablin, of the State University of New York, Buffalo, initially observed PSA. Roswell Park's T. Ming Chu, with other investigators, set out to extend Ablin's observations. Their goal? To develop a blood test for early prostate cancer detection.

In 1979, Chu's colleagues, led by M.C. Wang, characterized and purified the antigen, and in 1980, Lawrence D. Papsidero and fellow scientists confirmed its presence in the blood of prostate cancer patients. Amidst that activity, Chu introduced the PSA test, a screen that picks up early prostate cancer by detecting elevated levels of PSA in the blood. William Cooner, of the University of South Alabama and William Catalona, of Washington University, produced separate landmark studies—in 1990 and 1991, respectively—showing that combining PSA tests with digital rectal exams is the most effective way to detect prostate cancer.

But, before the PSA test could be employed as a diagnostic screen, urologists faced a yeoman's task: Proving its validity and creating assays to ensure its accuracy. In 1987, Stanford University's Thomas Stamey demonstrated that the PSA test—though more sensitive than the prostatic acid phosphotase test—was not very specific, given that levels of PSA may be elevated due to reasons other than cancer (such as age, benign prostatic hyperplasia or prostatitis). True, the test detects early tumors, but at the time, it was also fraught with so many false alarms that many urologists began working to refine the test. 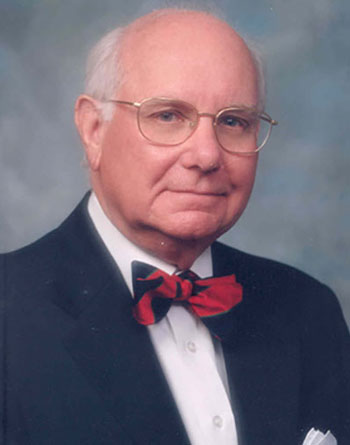 For instance, Scandinavian researchers Hans Lilja and Ulf-Hakan Stenman suggested in 1991 that "free PSA"—unattached antigen floating in the bloodstream—is lower in men with cancer. In 1998, Catalona confirmed that reading both free PSA and total PSA was a better way to determine whether biopsy was needed in a patient with elevated antigen levels. In 1992, H. Ballentine Carter of Johns Hopkins demonstrated that the rate of rise in PSA levels was greater in men with malignancies, while Mitchell Benson of Columbia-Presbyterian Medical Center discovered a link between the amount of antigen produced per cubic centimeter of tissue (PSA density) and increased cancer risk. By applying these markers to the test, it could be refined even further. Another Johns Hopkins urologist, Alan Partin, worked with Patrick C. Walsh to develop the Partin Tables—a probability formulary designed to stage prostate cancer and act as a predictor for surgery. The tables continue to be updated and are used by urologists around the world today.

By 1993, Joseph E. Oesterling of the Mayo Clinic promoted the idea that PSA could be age-specific—suggesting that, since younger men have lower antigen levels than older males, doctors should consider different thresholds to trigger follow-ups: At what age does an increase in antigen levels call for a biopsy?

At the time, enough men were undergoing repeated PSA screening that Catalona could show that serial testing improves detection and that by monitoring changes in antigen levels, urologists would have stronger indicators of when to call for biopsy. Such results are only the tip of the research iceberg as scientists evaluate many improvements. The hunt is on, for instance, for PSA "isoforms"—antigens specifically produced by benign prostatic hyperplasis, not cancerous tissue. Distinguishing PSA molecules of two types could yield a test so precise that false positives caused by enlarged or inflamed prostates could be eliminated.

Despite such prospects, controversy still hovers even as mortality rates fall where PSA screening has been intense and studies show a promising overall track record. The test continues to detect twice as many malignancies of digital exams, with 80 percent of the detected tumors being potentially life-threatening.

Currently, urinary biomarker research and molecular diagnostics are being investigated as non-invasive techniques for the early detection of prostate cancer.