A century ago, a simple infection could take a life. Before the 1900s, physicians relied on a bevy of concoctions to treat infectious conditions that they could not understand. Mercury was the treatment of choice for skin diseases such as syphilis and leprosy, and was administered in the form of ore cinnabar as early as the 1300s. It was later given in the form of ointments, oral medication and vapor baths. Given the toxicity of mercury, the treatment set the stage for the debut of the less-toxic potassium iodide in the 1840s. Potassium iodide was effective against even late-stage syphilis, and prompted scientists to continue to pursue a way to eradicate the disease.

In 1908, German microbiologist Paul Ehrlich began extensive work looking for a cure. After testing more than 600 arsenic compounds, he discovered the 606th—salvarsan—to be an effective treatment for syphilis. The treatment was a boon for urologists, since many of them made their living treating venereal disease. These "clap doctors"—red-light district, LeClapier—were slowly building their treatment arsenals. But it wasn't until veteran World War I battlefield doctor and scientist Alexander Fleming discovered penicillin that physicians had a truly effective weapon against infectious disease. The chance contamination of a petri dish in Fleming's laboratory revolutionized medicine. After recognizing the antibacterial potential of penicillium notatum in 1928, Fleming published his findings in the British Journal of Experimental Pathology. Though the research was groundbreaking, mass production and purification of the compound was difficult, and research slow. It would take a second world war, two Oxford pathologists and American drug companies to make penicillin available to the masses. 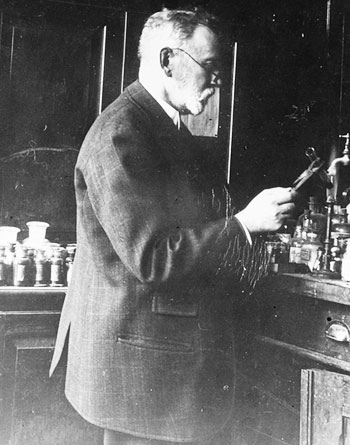 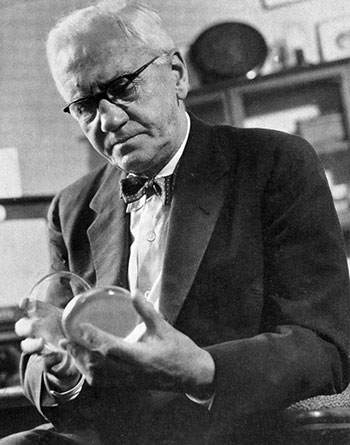 Meanwhile, in 1932, German microbiologist Gerhard Domagk was earning his 1939 Nobel Prize. Domagk's discovery that prontosil rubrum, a derivative of sulphanilamide, was effective against lethal doses of staphylococci and haemolytic streptococci established sulfa drugs as the first synthetic antibacterials.

In the late 1930s, Oxford's Howard Florey and Ernst Chain happened across Fleming's report, and began to pursue studies to determine to true potential of penicillin. The pair was able to successfully isolate and purify penicillium notatum (growing their cultures in as unlikely containers as bedpans for want of laboratory dishes), and by 1941 had proved that it was an effective cure for bacterial infections. In 1943, New York physician John Friend Mahoney had identified the drug as a cure for syphilis and other infections. 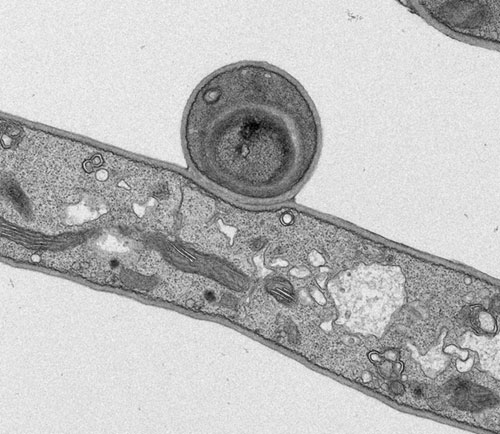 After Florey and Chain took their findings to American pharmaceutical firm Eli Lilly and Company, mass production of penicillin began—though not in time to save the hundreds of soldiers that died from infections during World War II. Russian-born soil microbiologist Selman Waksman's discovery of streptomycin in 1944 marked the first effective medicine to treat mycobacterium tuberculosis (TB). Also providing relief for genitourinary tract TB, the drug improved the outlook immeasurably when combined with synthetic isoniazid and para-amino salicylic acid.

By 1990, new drugs were discovered which could shorten the treatment course for TB, just as next-generation sulfonamides and manmade fluoroquinolones became favored widely by urologists due to their excellent penetration of the genitourinary tract.

Despite these important discoveries, we are now faced with new challenges, as bacterial resistance to existing drugs has emerged with a vengeance, making prescribing a continual challenge. Fluoroquinolones, likely due to their widespread use in earlier decades, are no longer the preferred first line antibiotic for UTIs due to high resistance rates and potentially devastating side effects. Antibiotic stewardship efforts to reduce the use of unnecessary antibiotics and temper the treatment of asymptomatic bacteriuria are changing recommended practice.

No matter how the future unfolds, urologists now owe their antimicrobial formulary to a modest scientist who changed the world with one stray mold spore. 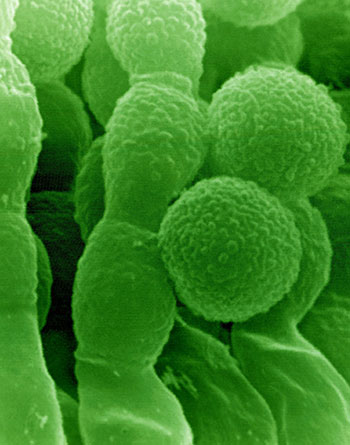