Relief in a Tube: Catheters Remain a Steadfast Treatment for Urinary Disorders

For someone suffering from acute urinary retention, nothing spells relief quite like a catheter. Today's catheters are safe, indispensable diagnostic and treatment tools in many specialties, employed as much to inject fluid as to drain it. In cardiology, for instance, they're the conduit for radiopaque dye to magnify coronary arteries and miniature stents to unblock them. But the history of the catheter belongs to urology—and the process of draining a painfully distended bladder dates to antiquity. Catheterization is one of civilization's first therapeutic interventions.

Ancient Chinese wrote of using onion stalks, and the Hindus, Egyptians, Romans and Greeks described tubes of wood and precious metals. In America, Founding Father Benjamin Franklin designed a silver coil catheter for his brother in 1752 and likely used it later himself, remarking once that "only three incurable diseases have fallen to my share … the gout, the stone, and old age." By the mid-1800s, catheters had a urological niche, with innovators producing the first variations. Woven, soaked and dried, Louis Mercier's coudé or elbow catheter (1836), for instance, eased some catheterizations with its tapered and curved tip. 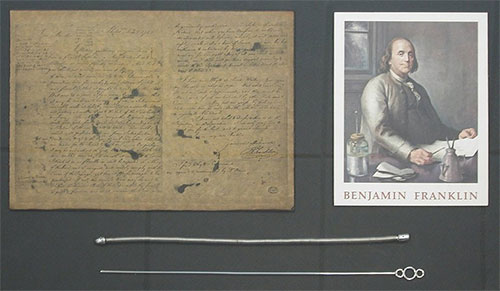 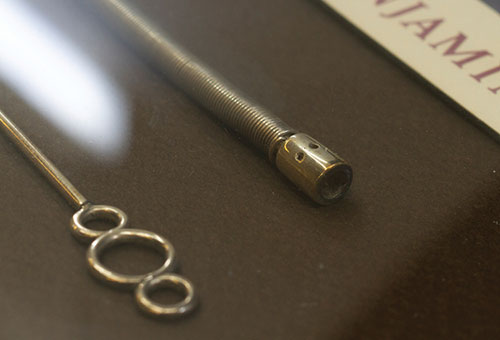 But only after Charles Goodyear earned an 1851 patent for vulcanized or moldable hard rubber could catheters be custom-shaped. While today's materials may be superior, Goodyear's innovation opened the door for mass production of curved models for many tasks. No other invention, however, had the staying power of Minneapolis urologist, Frederick E.B. Foley's rubber balloon catheter. With its introduction in June 1935, doctors finally had an in-dwelling hemostatic device that could be held in place by its own configuration—not bandages or tape. Nothing matched Foley's single, continuous design in ensuring drainage post-op or short term. Though he ultimately lost in a battle with industry firm C.R. Bard for the catheter's patent, decades later a balloon catheter is still referred to simply as a "Foley." 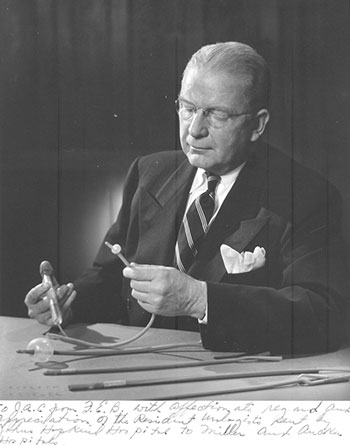 Before Foley, Frenchmen Malecot and de Pezzar laid the groundwork with their "four-winged" and "mushroom" models. Before them (1853), Jean Reybard inflated a bladder bag to create the "grandfather" of retained devices.

Catheterization was deemed safe and acceptable, largely because of the antiseptic principles advocated in 1867 by Glasgow's Joseph Lister. While skeptics, including some urologists, scoffed at swabbing surfaces prior to procedures, today urologists insist on absolute disinfection to prevent microorganisms from infecting the urinary tract.

Well into the early 1900s, chronic sufferers from bladder outlet obstruction self-catheterized—like Franklin's brother—with concealed catheters they carried on them in hatbands, canes or umbrellas.

But would Listerian procedures be crucial in treating patients with permanent abnormal bladder function? Post-World War II urologists faced that question on a grand scale as ex-soldiers with unprecedented spinal cord injuries returned home as a new catheter population. These paralyzed patients needed more than occasional treatment for calculi, prostatic obstructions or urethral inflammation. They were treated with catheter drainage of their dysfunctioning bladders. For decades, urologists advocated sterile intermittent techniques because of potential bacteria. But only when University of Michigan urologist Jack Lapides introduced clean intermittent self-catheterization in 1971 did it come to light that germs were not the only cause of urinary tract infections (UTIs), but that persistent stagnant urinary residuals were also culprits. Lapides also showed that intermittent catheterization, even if not done in totally sterile conditions, was still safer than an indwelling catheter.

Lapides proved, first with a multiple sclerosis sufferer, that neurogenic bladder patients didn't require cumbersome sterilization techniques. Instead, they could routinely self-catheterize with a simple, clean approach based on mapping their own urethral landmarks and suffer no bacterial consequences. By learning his technique in a day, they'd have personal control for life.

Few measures would be as helpful as clean intermittent self-catherization. Three decades after the initial rancorous debate over the technique, millions of neurogenic patients can testify to its merits. But, there's more to its legacy than patient independence. Like the Foley catheter, it's a powerful example of how ingenuity can turn an ancient remedy into a modern mainstay.

Foley's original catheter was made of latex, which was known to be cytotoxic and led to an epidemic of urethral strictures in patients. Latex catheters today are now generally coated with a silicone elastomer. Silicone elastomer was developed for catheters in the 1960s and showed better patient tolerance and when combined with hydrophilic coatings showed better flow properties when compared to latex catheters. Nelse Ockerblad first presented the usage of silver-impregnated latex catheters in 1948, claiming a decrease in bacterial colonization on his catheters. However, modern day catheter research focused on the development of antiseptic and antimicrobial coatings, in the hopes of decreasing catheter associated urinary tract infections, have met with limited success. Thus despite the creation of catheters from different materials we continue to combat catheter encrustation and bacterial colonization.